Main » News and comments » 2021 » How much is too much? US inflation debate heats up

How much is too much? US inflation debate heats up 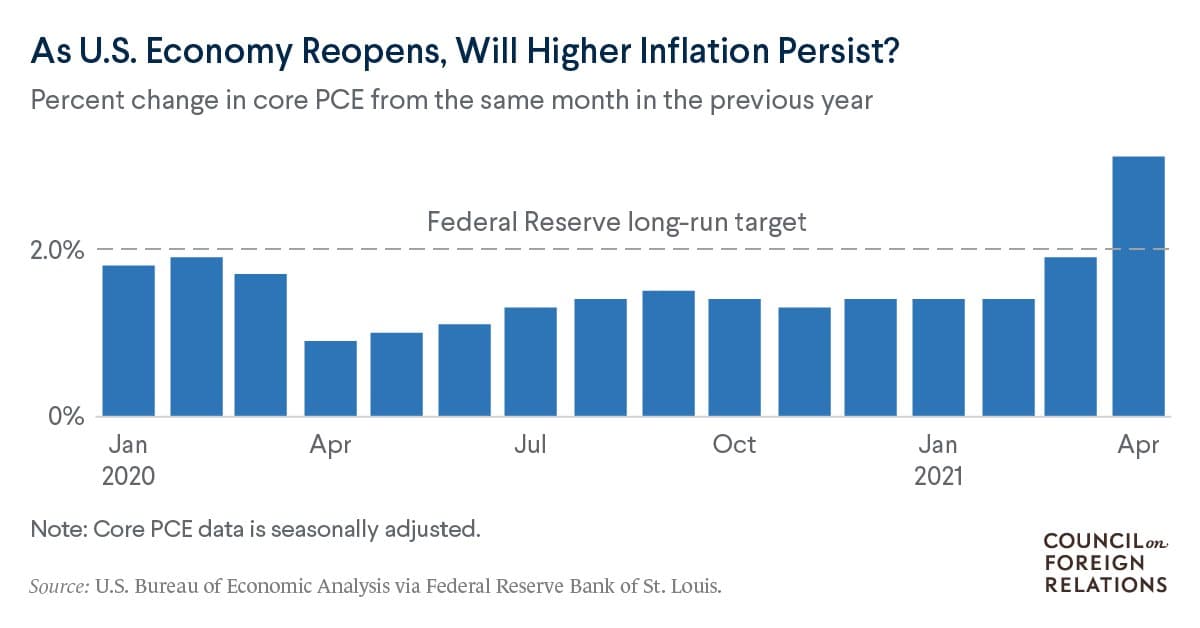 The policy-making community is at the epicenter of a heated debate that may seem irrelevant and confusing to the general public: What is the real inflation rate in the United States and will it continue to rise? As long as the topic is fresh, its solution is crucial. Depending on the answer, the cost of mortgages could rise, stock prices could become more volatile, and the recent boom in the US economy could slow significantly. Politicians, economists, and financial analysts will certainly be watching the data come in closely.
Let's start with some facts. Inflation was around 3.1 percent year-on-year through April 2021, with a 2% aspirational target over the long term, allowing for periods when the rate is slightly higher and offsetting times when it is slightly lower. Polls show that consumers expect inflation to be around 3 percent, slightly above public expectations of around 2.5 percent that have prevailed for a long time.
Many economists outside the Federal Reserve argue that inflation is much higher than the statistics suggest, and that these higher rates are likely to last longer than the Fed claims. While Federal Reserve policymakers seem to believe inflation will average around 2.5 percent this year and then decline, other economists believe inflation could rise to 4 percent and possibly even higher in the next. some years. These observers fear that the Fed is "lagging behind the curve" and will have to sharply raise rates to contain inflation, which could lead to turmoil in financial markets and, possibly, in the US economy as a whole.
These concerned thinkers make several arguments. First, they argue that the Fed's measurement tools do not accurately reflect what consumers are buying. They worry that as the economy recovers, consumers are increasing spending on certain goods and services, such as gasoline, travel and hospitality, where prices are rising faster than in the economy as a whole. In short, official statistics underestimate real inflation. As the price increases become so palpable, they will force consumers to expect even higher inflation and therefore demand higher wages, thereby triggering a vicious spiral.
Finally, critics argue that the level of government incentives and the cash available to consumers in the form of savings, government support checks, and wage increases mean that demand will drive prices up (i.e., inflation) for years to come.
The bottom line is that there is no consensus on the trajectory of inflation in the United States over the next few years. With such a wide range of potential outcomes, each backed by reasoned analysis, the entire economic community, including policymakers within the Federal Reserve itself, must be on high alert.
If the Federal Reserve is wrong to think that the current rise in inflation is temporary, and if its critics are correct that the Fed is lagging behind the curve, the rest of the world will not be left unscathed. The rapid rise in US interest rates will make the US dollar more attractive compared to other currencies. In turn, other countries, especially emerging economies, are likely to experience rapid capital outflows back to the US markets as investors seek higher returns. Such capital outflows are likely to lead to financial market instability in these countries, with an increased risk of rising interest rates, slowing growth and even recession.

Who are the oligarchs?