Main » About us » The story 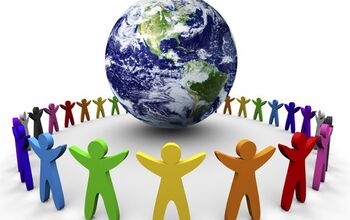 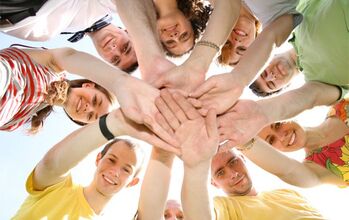 UISGDA in the Italian Parliament (Rome) 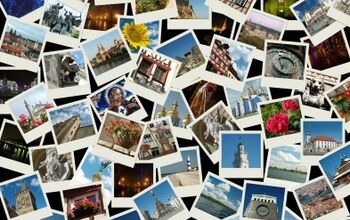 the Ukrainian Institute of strategies of global development and adaptation is a public organization registered in Brussels. It is an initiative of social scientists, natives of Donbass, which pondered for many years and had several stages of implementation. His background began in 2002, the State Institute of artificial intelligence (Donetsk), which at the time was studying Victor Levitsky, Alexander Belokobylsky and began to teach the philosophical discipline. Later, in 2004, a student of the Institute was Ruslan Khalikov. 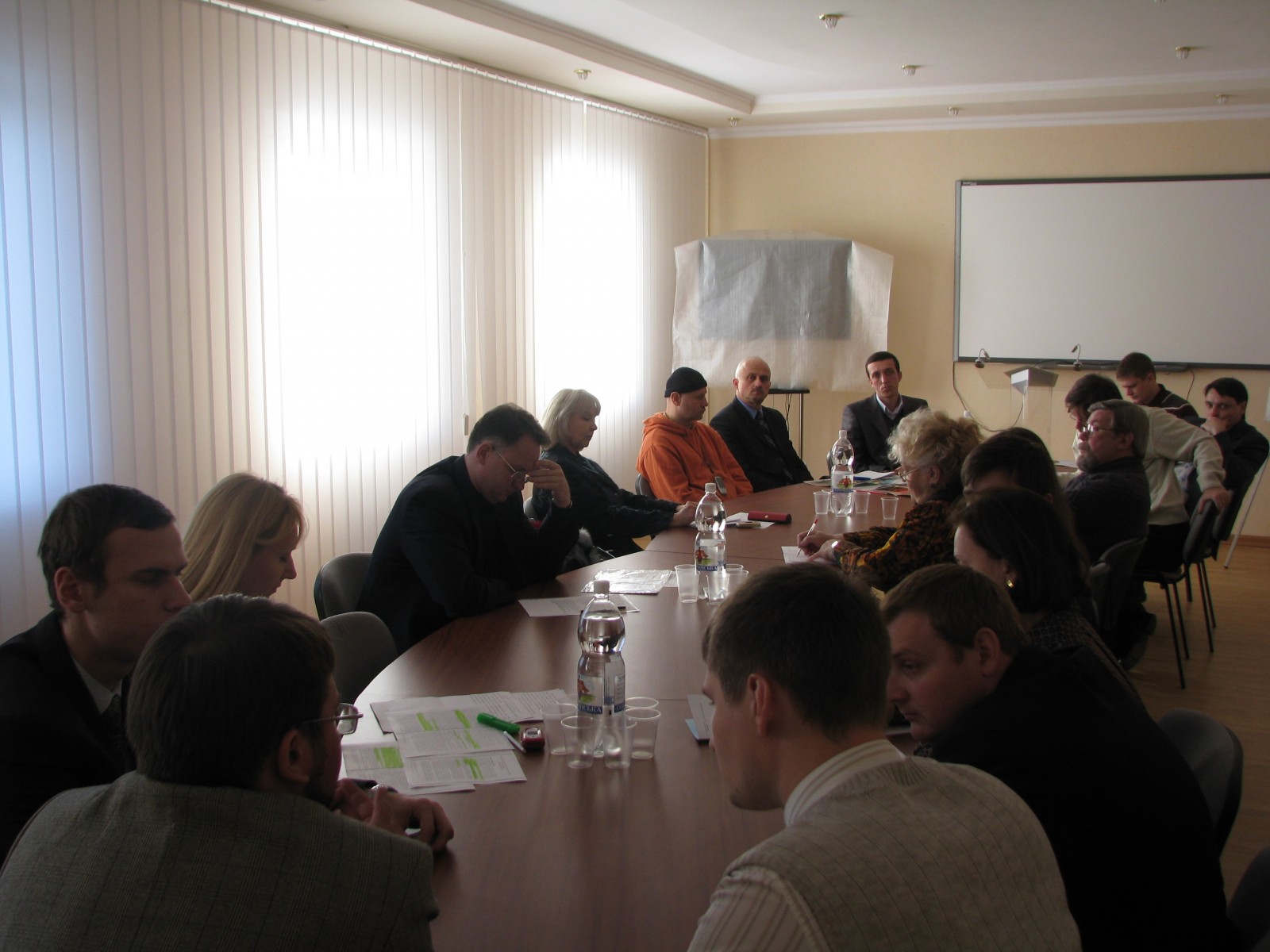 Round table at the State University of Informatics and artificial intelligence, 2008

In 2003, Belokobylsky headed the Department of philosophy at the Department of philosophy and religious studies, and in 2007 and the faculty of philosophy. It then began to grow first research theme of Modernity, the religious origins of Western civilization, and then the various initiatives of a practical nature: conferences, books, etc. associated with them. The focus of research scientists can be illustrated by the titles of their dissertations: “the Reason and strategy of Modern rationality" (doctoral dissertation Belokobylsky, 2007), "Identity, Modernity: the social dimension and religious origins" (Ph. D. thesis Levitsky, 2009), "Form and effect of the rationalization of religious traditions" (Ph. D. thesis Khalikov, 2014). 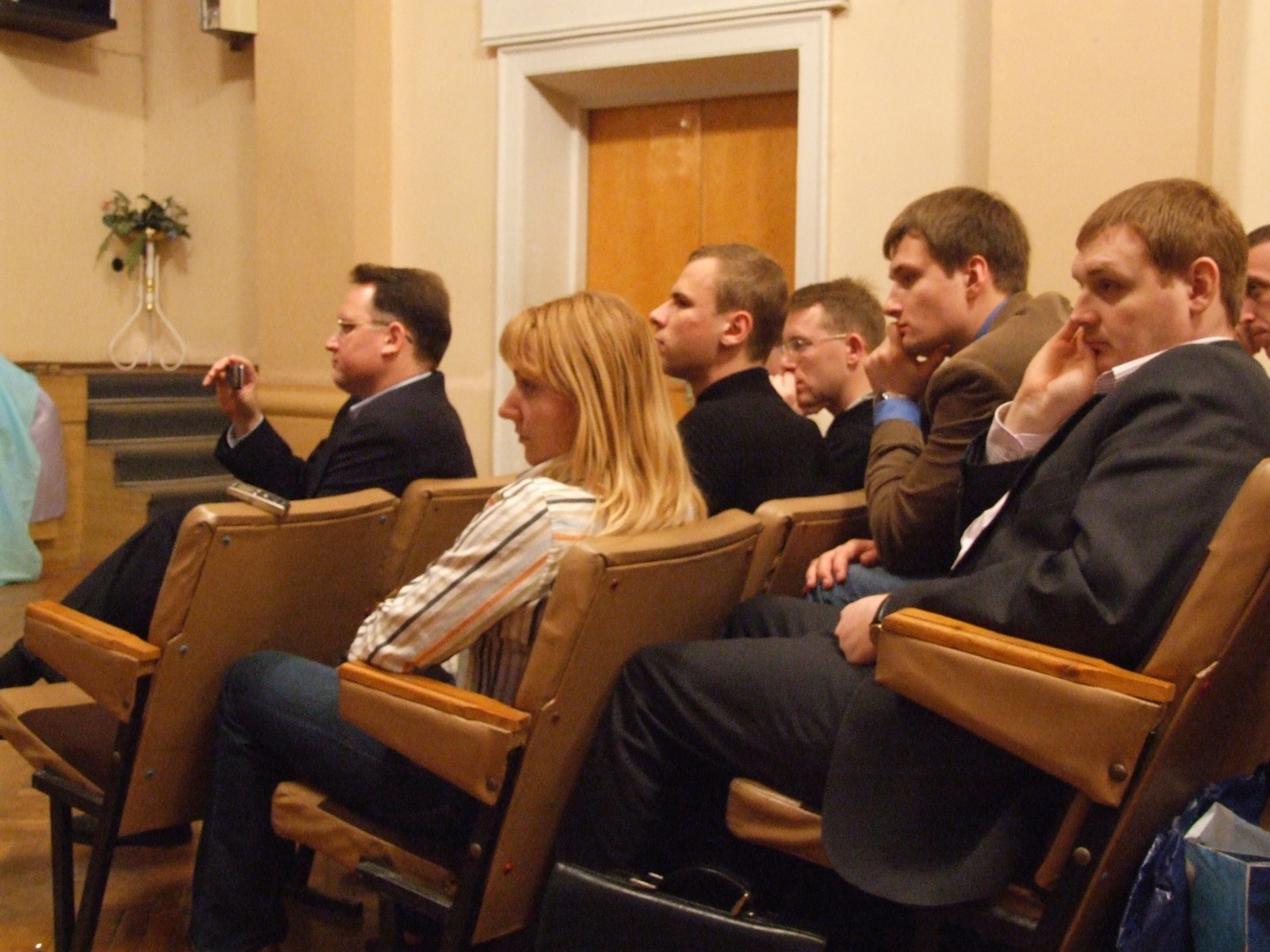 In 2011, State University of Informatics and artificial intelligence was attached to the Donetsk national technical University and philosophy Department abolished. Then came public organization «Association of philosophers and theologians" (afer), which continues to exist today. Its founders were R. Khalikov and Yuri Kiselev and A. Belokobylsky. V. Levitsky, after the reorganization of the faculty, where he worked as an associate Professor, joined the civil service and had no right to be among the founders. He actively supported the idea of creating afire and participated in the creative work of the Association. As a result of the activities of the faculty and the Association appeared books such as "Metaphysics of Donetsk" (recognized as a "Book of the year"), "Philosophers of Donbass», «History. Nation. Personality", etc. They had a resonance in scientific circles, although published, for obvious reasons, very limited edition. 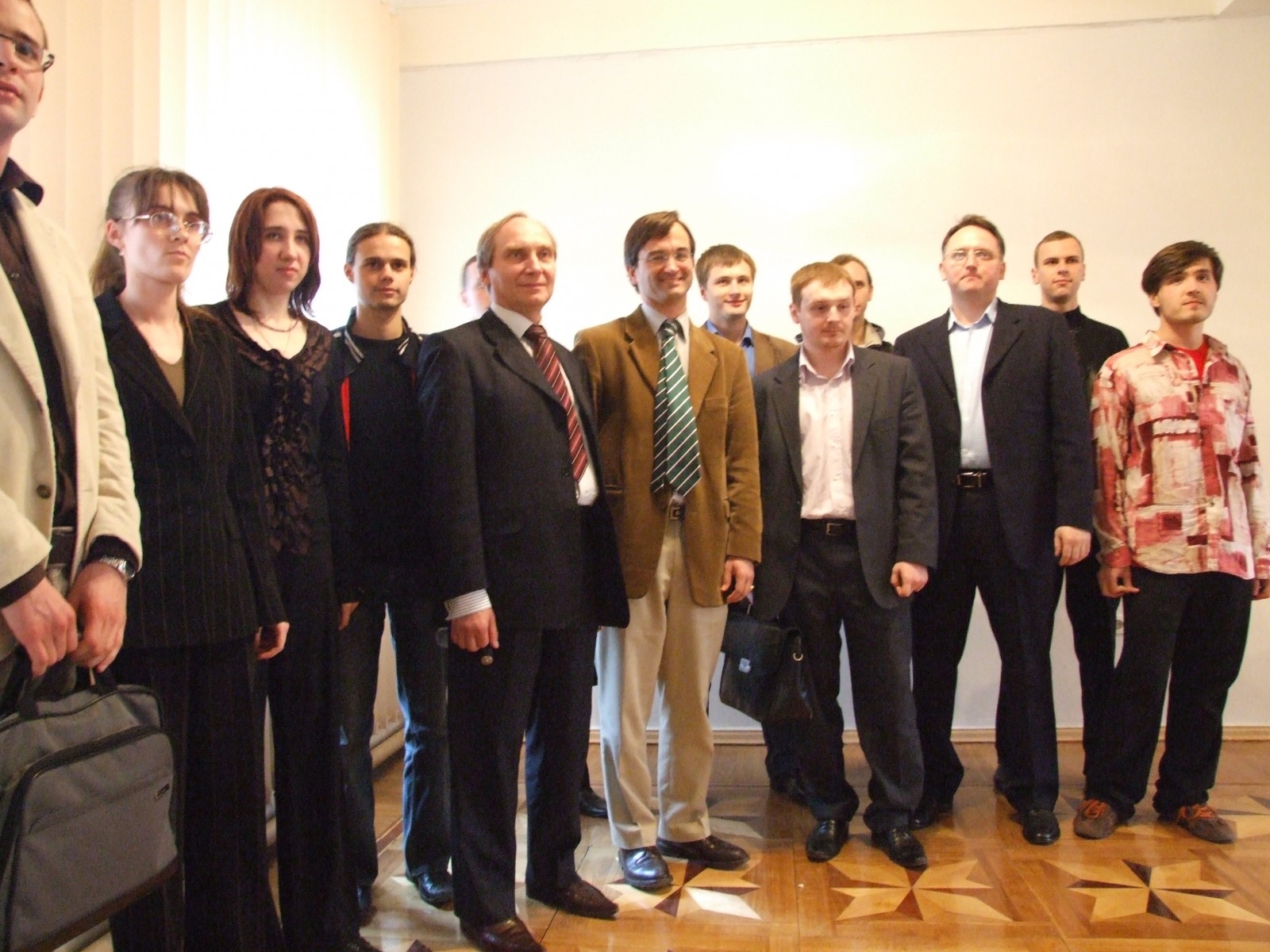 After the events of the end of 2013 — 2014 the band members were in different cities and even countries. For further research, which at that time were concentrated around the problem of secularization/desecularization, it was decided to establish an international Institute in Brussels. V. Levitsky, A. Belokobylsky and R. Khalikov became the founders VISGRA and projects of the Institute — presentations, collections of articles, monographs "Watersheds of secularization" — the result of the research activities 2012-present. Today the research team had more opportunities than in Donetsk and its development (due to the dramatic events of recent years) gained typically the unusual philosophical works of the relevance. 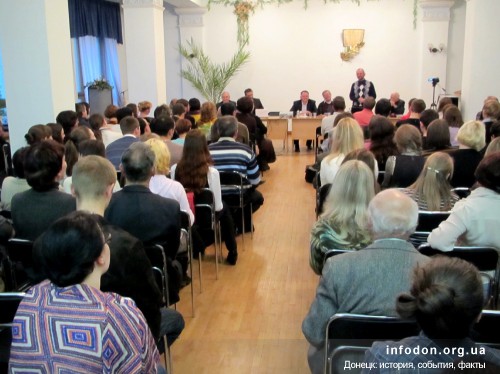 of Course, we are not talking about thousands of journals or large-scale conferences, however, activities such as teleconferences, roundtable discussions, presentations, steel forms VISGRA regular activities aimed at implementation of its main objectives. In particular, thanks to the support of colleagues was undertaken a number of activities in Ukraine (in Lviv, Kyiv, Vinnytsia, Odessa, etc.), a teleconference between Kyiv, Brussels and Moscow, experts of the Institute participated in several international projects. Around the founders of the Institute formed a circle of associates who develop their own projects with the main objective of our organization — to promote the return of peace to the Ukrainian land. 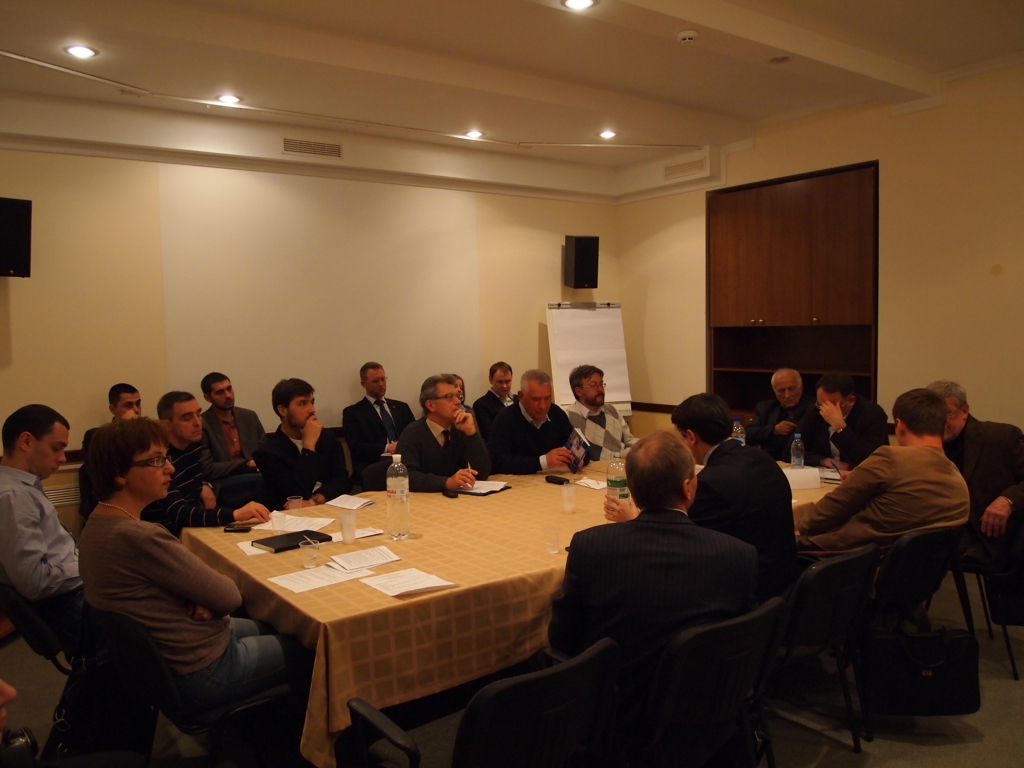 Round table, organized by the Association of Fir, 2013

We believe that a rational, scientific approach to the problem contributes to its solution and make efforts to ensure that our development is widely known. We appreciate any support of our initiatives, especially in such difficult times for Ukraine and Europe. 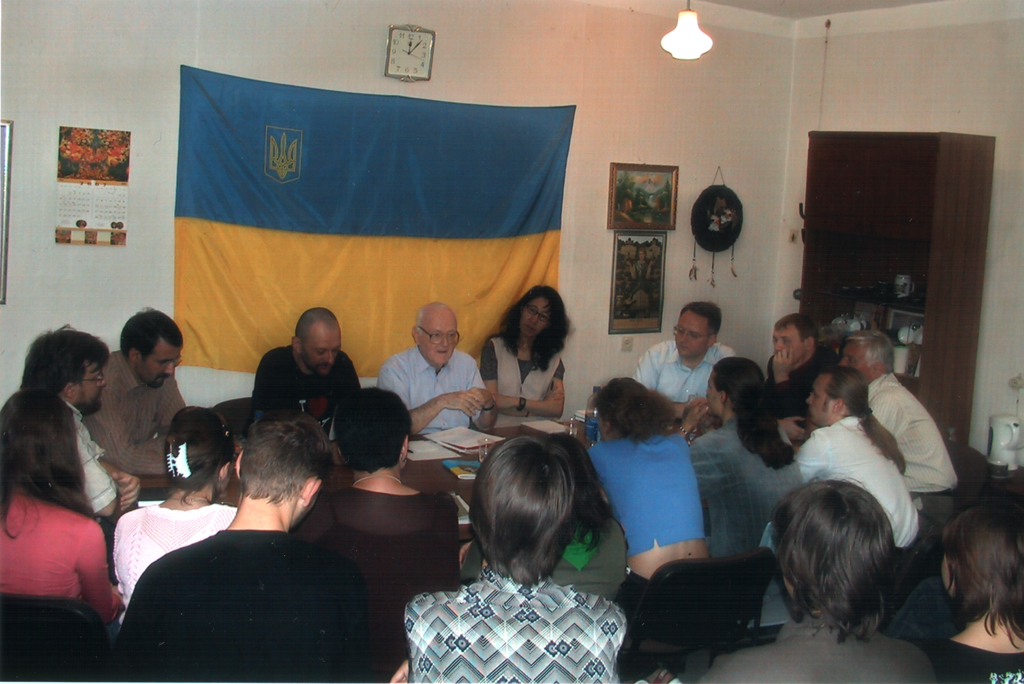 Meeting teachers and students of the faculty of philosophy and religious studies with the American philosopher McLean and Iranian diplomat Mehdi Sanai, 2007