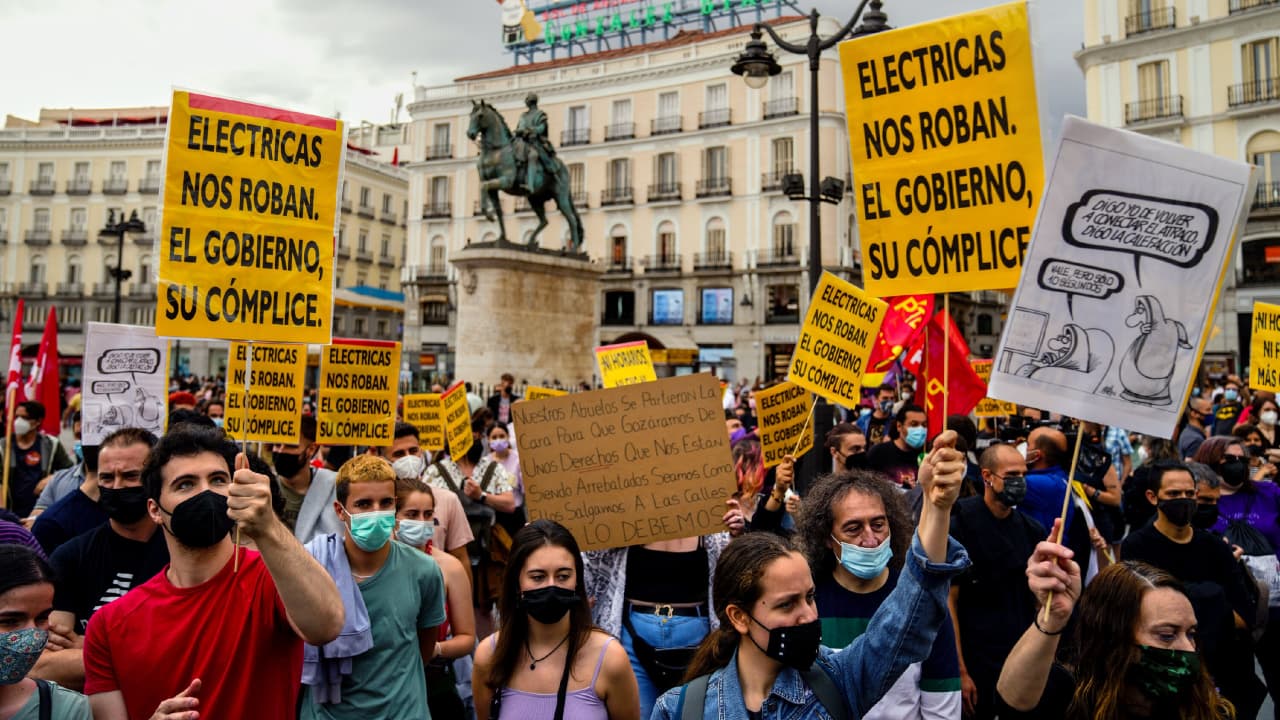 According to S. Reed and R. Minder

As the world struggles to recover from the pandemic, rising natural gas prices threaten to become a drag on the economies of Europe and elsewhere. Wholesale fuel prices hit their highest levels in years - nearly five times higher than in the same period in 2019, before people began to get sick with the coronavirus.
High costs are affecting electricity prices and have begun to show up in utility bills, putting pressure on consumers whose personal finances have already been undermined by the pandemic. Price spikes are unusual at this time of year because demand tends to be relatively low during the warmer summer months, which raises concerns about the prospects for further growth when demand rises sharply in winter.
The alarm is felt throughout Europe, where gas is used for heating and cooking, as well as for generating electricity. Citing record natural gas prices, UK energy regulator Ofgem recently gave utilities the green light to raise the electricity bill ceiling for millions of standard rate households by about 12 percent to £ 1,277, or $ 1,763 per year. ...
Several trends are to blame for the rise in prices, including a resurgence in global demand after the pandemic and a cold snap in Europe in the second half of this winter that led to depletion of stocks. More-than-expected demand and limited supply is "the perfect storm", says Marco Alvera, CEO of Snam, a large gas company in Milan. The concern is that if Europe experiences a cold winter, prices could rise even more, which could force some factories to temporarily close.
Price turbulence could be a harbinger of volatility if energy companies continue to phase out fossil fuel production before renewables are ready to make up for the downturn, analysts say. In addition, the closure of coal-fired power plants in the UK and elsewhere has reduced the flexibility of the system.
Gas prices in the United States have also risen, but they account for only a quarter of gas prices in Europe. The United States has a large price advantage over Europe due to large domestic supplies of relatively cheap gas from shale drilling and other activities, while Europe must import most of its gas.
The immediate concern for European markets is that suppliers did not follow their usual practice and did not use the summer months to fill storage facilities with cheap gas that would be used in winter, when cold weather more than doubles gas consumption in countries like the UK. and Germany.
Instead, suppliers reacted to the cold late last winter by emptying gas storage facilities. Subsequently, they did not want to fill them with expensive gas. As a result, European vaults are filled to late winter rather than peak fall levels.
Europe imports about 60 percent of its gas, with pipeline supplies coming from Russia and, to a lesser extent, Algeria and Libya. Liquefied natural gas, delivered by ships from the United States, Qatar and other countries, usually helps to balance the market. However, this year LNG carriers have been redirected to China, South Korea and Brazil, where gas prices are even higher than European ones. As a result, LNG shipments in Italy, Spain and northwest Europe have been declining sharply, according to market research firm Wood Mackenzie.

In the USA, Covid has surpassed the Spanish flu