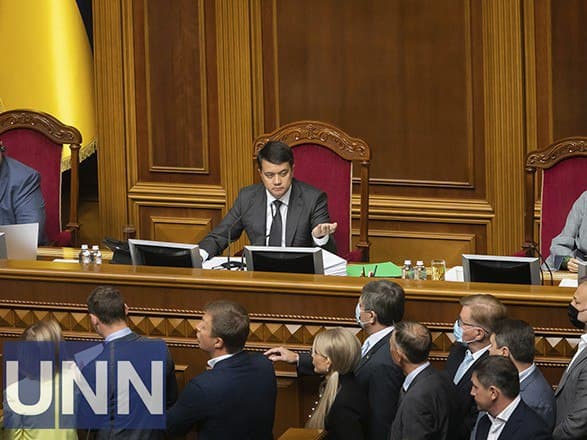 1. On Thursday, October 7, the Verkhovna Rada recalled Dmitry Razumkov from the post of chairman of the parliament. 284 People's Deputy voted for the resignation. The next day Ruslan Stefanchuk was elected as the new speaker.

2. The Consortium of Investigative Journalists (ICIJ) on October 3 released data on offshore transactions of representatives of the global political elite - "Pandora's Dossier". The name of the President of Ukraine was also on the list: Volodymyr Zelenskyy owned a share in the offshore company Maltex, registered in the British Virgin Islands.

3. The presidents of Israel, Germany and Ukraine (Yitzhak Herzog, Frank-Walter Steinmeier and Volodymyr Zelensky) at the funeral ceremony at Babi Yar in Kiev on Wednesday, October 6, honored the memory of thousands of Jews who were shot here by the Nazis in 1941.

4. On the evening of October 4, for 7 hours, there were large-scale disruptions in the work of the social networks Facebook and Instagram, as well as the messaging services WhatsApp and Messenger. They are all owned by Facebook. This is the biggest glitch in social media history.

5. On Monday, October 4, the operator of the Nord Stream 2 gas pipeline announced that the procedure for filling the first string of the pipeline with gas had begun.