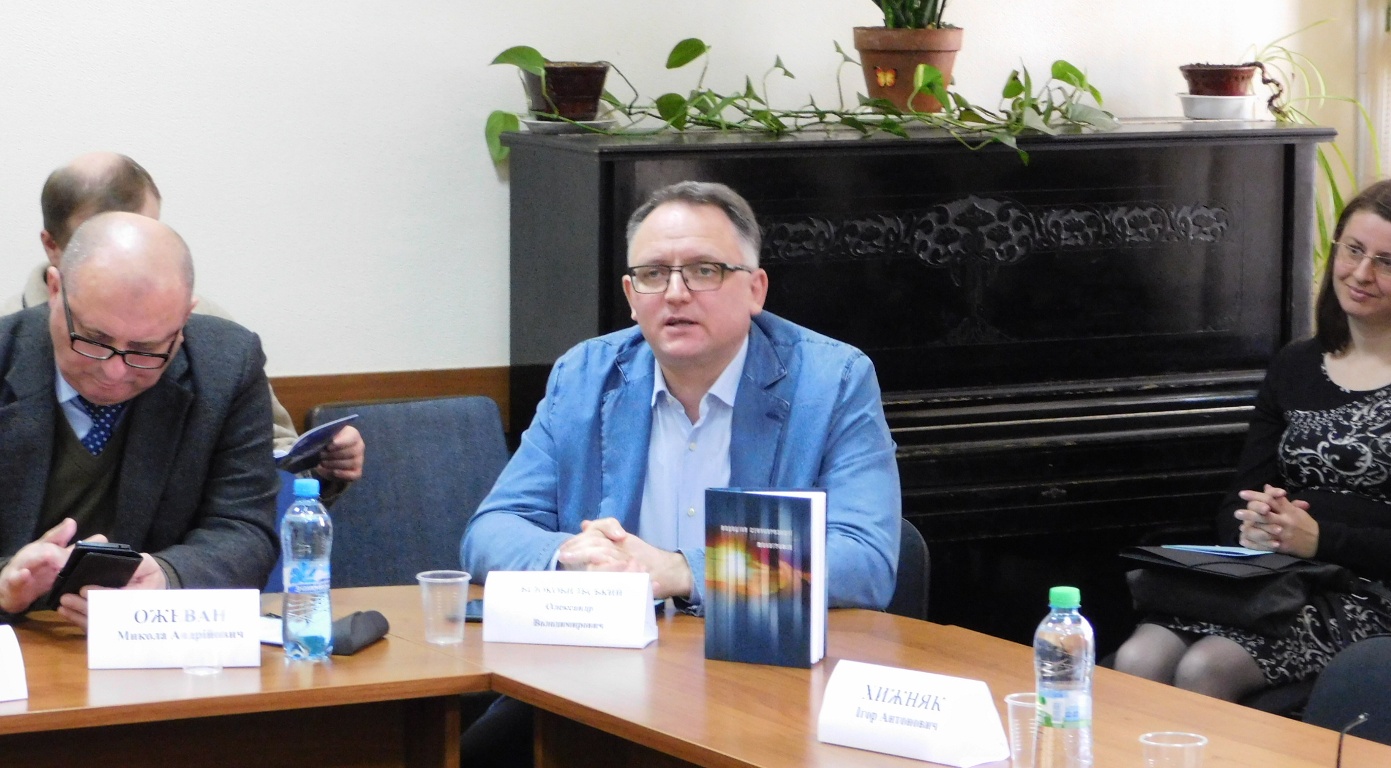 On Thursday, the 20th October, at the Institute of World History of NAS of Ukraine was held a presentation of UISGDA's publication – a monograph "Watersheds of secularization". The event was held within the framework of international scientific conference "Historical and strategical imperatives of modernization of leading and transition world countries".

The head of the UISGDA's department in Kiev, Doctor of Philosophy, professor Oleksandr Bilokobylskyi described in his report the main idea of the monograph as a synthesis of classical and non-classical conceptions of the modernization, during which the Western (described as Modern) civilization is a unique product of religious culture's secularization.

Academic secretary, Candidate of Philosophy, Ruslan Khalikov emphasized the fact that the situation in the modern world determines processes of clashes of secular and religious communities and also counter and desecular movements. The heated discussion after reports between the representatives of philosophical and historical scientific communities proved once more the significance of interdisciplinary researches.