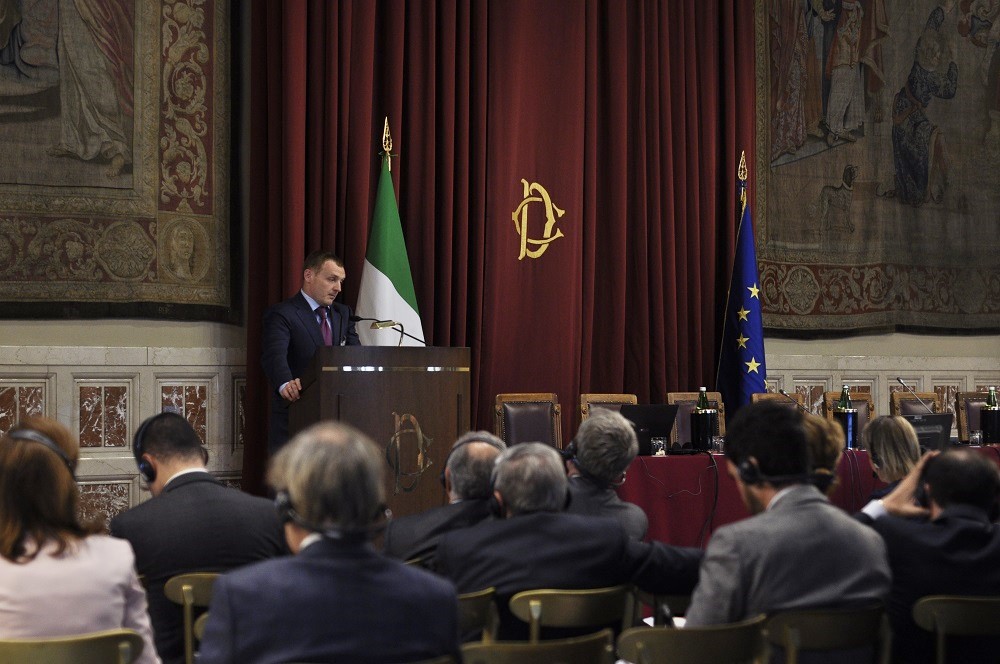 On Tuesday, in Rome, the international forum "Ukraine – Europe – Russia", organized by the International University in Rome Link Campus University (Italy) and the Ukrainian Institute of strategies of global development and adaptation, was held. The participants, among whom were European politicians of "first tier" – Deborah Bergamini, Chair of the sub-committee on Media and Information Society, Parliamentary Assembly of the Council of Europe, Fabrizio Cicchitto, Chairman of the Foreign Affairs Committee of Italian the Chamber deputies, Benedetto Della Vedova, State Secretary Ministry of Foreign Affairs of Italy et al., discussed current problems of modern Ukraine and their possible implications for Europe.

In particular, a key issue was the implementation of the Minsk agreements. Director of UISGDA Victor Levytskyy said: "I want to stress that the postponement of the implementation of the Minsk agreements, on whose fault would it not occurred, has generated a lot of abuse in Ukraine. The fact that for Europe – a test, for us is a verdict: Ukrainian system is stagnant, "D/LPR" farther away from Ukraine. For my country all this is the tragedy of millions of displaced people and residents ORDLO, horrific abuses in the area of the demarcation line and corruption. At the same time, thousands of people receiving ill-gotten gains, are interested in the continuation of the crisis."

Ukrainian side emphasized the need to consolidate efforts towards the speedy implementation of the strategy formation of the Minsk agreements, which will help stabilize the situation and avoid a critical scenario.

UISGDA presentation can be found at the following link: "Europe, Ukraine and Russia – perspective 2020"