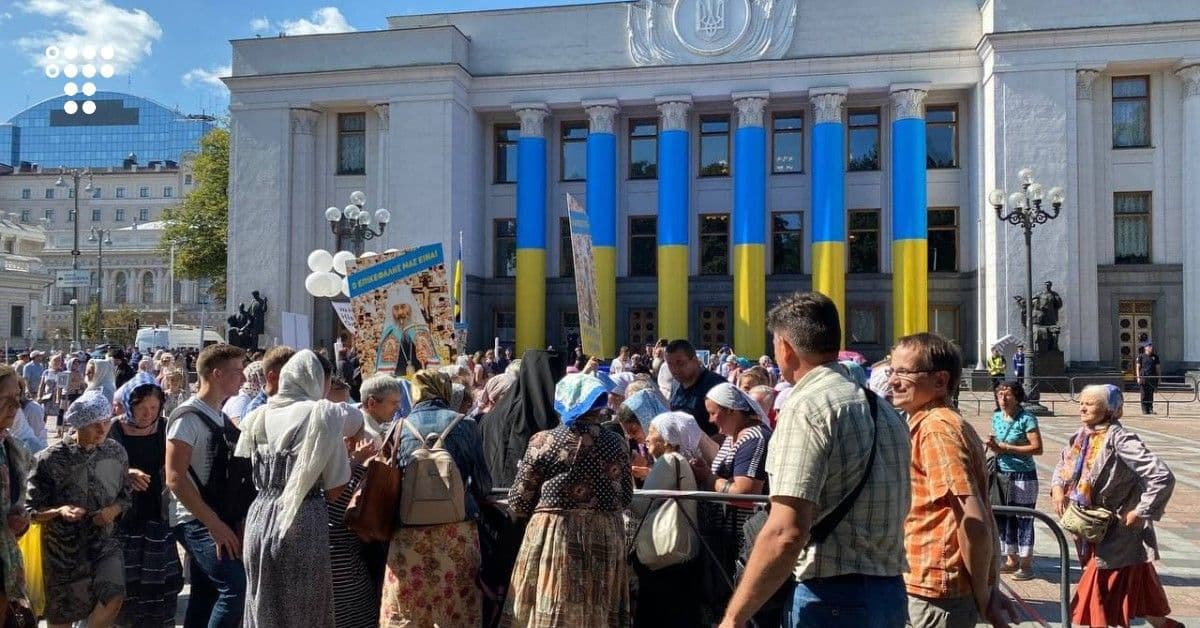 1. On Saturday, August 21, believers of the Ukrainian Orthodox Church picketed the Verkhovna Rada, where the head of the Ecumenical Patriarch Bartholomew arrived on a visit. Thousands of protesters protested against the Tomos on the creation of an autocephalous Orthodox Church of Ukraine.

2. Zelensky, by decree No. 376/2021 of August 20, introduced sanctions, which the NSDC approved at a Friday meeting against the editor-in-chief of the Strana news site Igor Guzhva and the heads of companies associated with the site.

3. On the morning of Sunday, August 22, an Il-76MD military transport aircraft with citizens evacuated from Afghanistan landed at the Boryspil airport. In Afghanistan itself, the Taliban who came to power announced the successful end of the war for the country's independence.

4. On Sunday, August 22, Angela Merkel will meet with Vladimir Zelensky. Before her visit to Kiev, the German Chancellor held talks with Russian President Vladimir Putin. One of the main topics discussed is gas transit through Ukraine.

5. On Thursday In the Zaporozhye City Council, a series of searches took place in the office of Mayor Volodymyr Buryak, in the offices of his advisers, as well as in regional administrations and communal institutions.

Afghanistan is a wake-up call for "major non-NATO allies"

Who and why brainwashes Ukrainians