20% of American Internet Harassment is is Connected with Religion 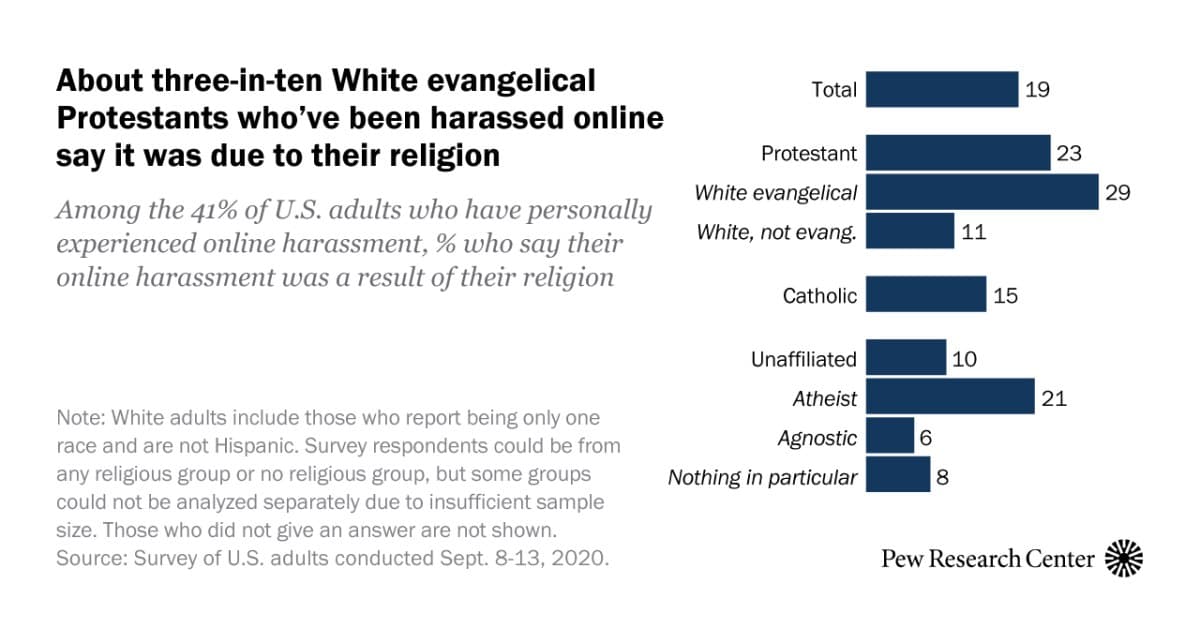 According to a study conducted at the end of 2020, about 41% of US adults have experienced harassment online (physical threats, harassment, prolonged harassment, sexual harassment, offensive language, etc.). Those who have experienced such experiences cite a number of reasons why they were targeted, and many believe that the persecution they faced was due to their religion.
About a fifth of those Americans who have personally been harassed online (19%) say they believe they have been victimized because of their religion. If you look at Americans in general, and not just those who have been harassed on the Internet, this proportion is equivalent to 8% of the total population.
Overall, this represents an increase in the number of those who perceive themselves as being targeted on the Internet because of their religion. In 2017, among the research center respondents, 12% of those who were harassed on the Internet associated them with religion. This number was 5% of all adults.