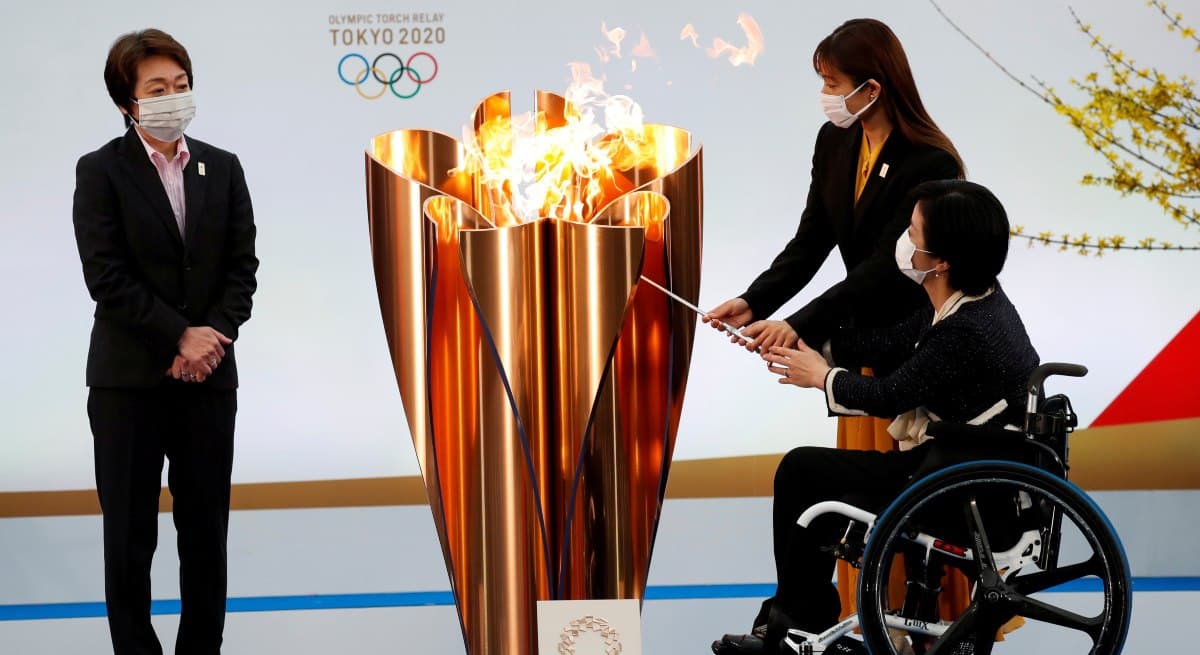 According to Sh. Smith

Japan's bid for the Olympic Games was made in the hope that hosting the Summer Games would be a geopolitical gesture. For Prime Minister Shinzo Abe, the 2020 Summer Olympics were supposed to be a showcase for renewal, another statement to the world that "Japan is back!" Echoing the 1964 Tokyo Olympics, Japan's technological excellence, its ability to overcome adversity and its hospitality were supposed to be the main messages. Although the 2020 games have been postponed and Abe stepped down last year for health reasons, Prime Minister Yoshihide Suga has pushed for a continuation of the Olympics.
Extensive preparations have been made and significant financial investments have been made. Japan has officially spent $ 15.4 billion on the Olympic and Paralympic Games. However, government inspections call an even higher amount. Private companies have also invested in an additional $ 3 billion by some estimates.
And so, on May 21, the vice-president of the Japan's International Olympic Committee (IOC) committee confirmed that the games would take place despite the growing discontent of the Japanese public.
By May, public concern seemed to be peaking; A poll by Asahi Shimbun found that 83 percent of Japanese people opposed the government's plan to host the games this summer. About 40 percent were in favor of postponing them, and 43 percent were in favor of canceling the Olympics. A petition from citizens asking to cancel the games has collected more than 430,000 signatures.
The government responded by promising that vaccinations will be available to everyone, and all Japanese who want to get vaccinated will have access to it by the end of October. The prime minister also pledged in early May that the country would vaccinate at a rate of one million per day by the end of June. Japan hit that target last week, according to Bloomberg analysis.
On June 22, the organizers of the Tokyo Olympic Games announced the admission of spectators to the games, but a ban on spectators is still possible if the number of cases of COVID-19 increases.
Asia's geopolitics will no doubt be on the minds of many in Tokyo. After the Summer Games in Japan, the 2022 Winter Games in Beijing will come, and Japan does not want to be overshadowed by China.