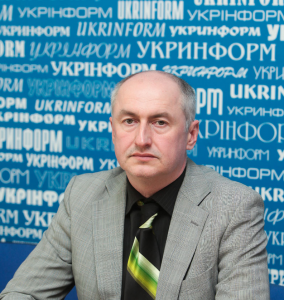 Due to footdragging of litigation in economic courts Ukrainian business annually loses not less than 2 billion Hryvnia. These are the findings of the monitoring study of decisions of economic courts of Ukraine in 2014, conducted by the Ukrainian Institute of strategies of global development and adaptation.

According to the expert of the Institute, Doctor of Economic Sciences Igor Grozny, due to footdragging of litigation, property and current assets worth approximately 17 billion Hryvnia are being frozen annually. All in all in 2014 226,700 filings, for an overall amount of around 45 billion Hryvnia, were received from companies by local economic courts for judicial consideration.

"If one calculates losses of Ukrainian business from footdragging of legal proceedings at a hurdle rate (at the NBU discount rate), only in 2014 business received around 2 billion Hryvnia less profit. As a result, the state budget received less tax in the amount of approximately 600 million Hryvnia, "- calculates Igor Grozny.

"Now the total number of tax disputes is more than 32 thousand, amounting to UAH 91 billion. As a rule, the final court decision on such matters shall be made within 12-18 months after the beginning of the process. Because of this, up to 30% of the total amount of disputable taxes, which is about UAH 27 billion, simply freeze and are not being paid to the budget ", - says expert.
Firstly, vesting rights to settle economic disputes to specially created mediator-organizations - "mediators" is called by experts of the Ukrainian Institute of strategies of global development and adaptation a way out, which could have solved the problem at least partially. For example, 90% of economic disputes in the Netherlands, the UK and Germany are being settled in this very manner.

And, secondly, according to experts, it is necessary to take away the authority of consideration of taxpayers’ complaints from the State Fiscal Service, and to empower a separate governmental structure, which is not associated with SFS to settle such disputes. For example, such work could be done by the Ministry of Finance.

"As long as the decision on a complaint is being made by the same fiscal structure that brought up disputed decision, there will be no acceleration and simplification of the process. In addition, employees of fiscal authorities often do not have sufficient expertise and are not liable for their unlawful decisions. Well, and ultimately, fiscal authorities are not interested in revocation of their own decisions, as it worsens reporting indicators"- proves the need for reforms Igor Grozny.

Igor Grozny emphasized that some real draft laws, designed to simplify settlement of tax and economic disputes, have already been developed and do exist. Expert hopes that in the nearest future, these draft laws will be supported by the Ministry of Finance and will be submitted to Verkhovna Rada for consideration and adoption.

Ukrainian Institute of strategies of global development and adaptation - an international initiative of scientists who joined together in order to study the crisis and armed conflict in Ukraine.
The purpose of the Institute – is to comprehensively explore global and local problems that led to the crisis, and as a result - to offer society their own alternatives to its resolution.