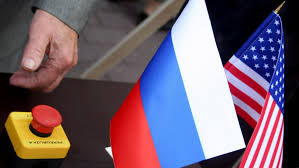 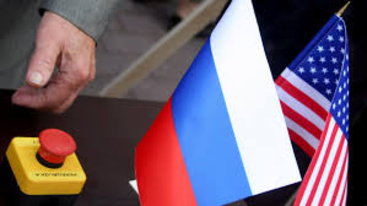 According to John Hudson

President Biden has negotiated with President Putin to extend the only remaining treaty, limiting the world's two largest nuclear arsenals, just days before its expiration, two senior US officials said.
Kremlin spokesman Dmitry Peskov said on Friday that Russia "welcomes the political will" to extend New START from the Biden administration, but it needs more time to study the details of Washington's proposal, adding that previous conditions put forward by the team of former President Donald Trump , "Absolutely did not suit us." “Russia is definitely in favor of preserving the new strategic offensive arms and its extension,” Peskov said.
President Donald Trump has tried to negotiate a shorter extension of the treaty with Moscow in the last months of his presidency, but he has failed. If the treaty expires, Moscow and Washington will be able to deploy an unlimited number of nuclear submarines, bombers and missiles, which, as many experts fear, could provoke a new nuclear arms race and further exacerbate relations between the United States and Russia.
At the same time, the Biden administration rules out a "reset" of bilateral relations with Moscow, as many US presidents did after the end of the Cold War. “This will be the first post-Soviet US administration to come to power and have not promised to forge a warmer relationship with Russia,” said Angela Stent, a senior intelligence official under the George W. Bush administration.

Xi Jinping: Let the Torch of Multilateralism Light the Path to the Future of Humanity

27.07. The most popular specialty for which this year's entrants to Ukrainian universities apply is philology, according to the Ministry of Education and Science of Ukraine. 76,371 applications were submitted for bachelor's programs in this specialty. In second place - law (67,720 applications), and in third place - computer science (66,123).
www.dw.com
27.07. At the end of July 2021, three quarters (75%) of those surveyed consider Ukraine to be the successor of Kievan Rus. Russia was named by 8% of respondents, and 9% do not consider either of the two countries to be a successor (data from a survey by the Sociological Group "Rating").
www.rbc.ua
27.07. On July 27, the UOC-MP held a procession in Kyiv to mark the 1033rd anniversary of the baptism of Russia. Traffic in the capital was blocked, so there were huge traffic jams in the city.
www.bbc.com
Show all