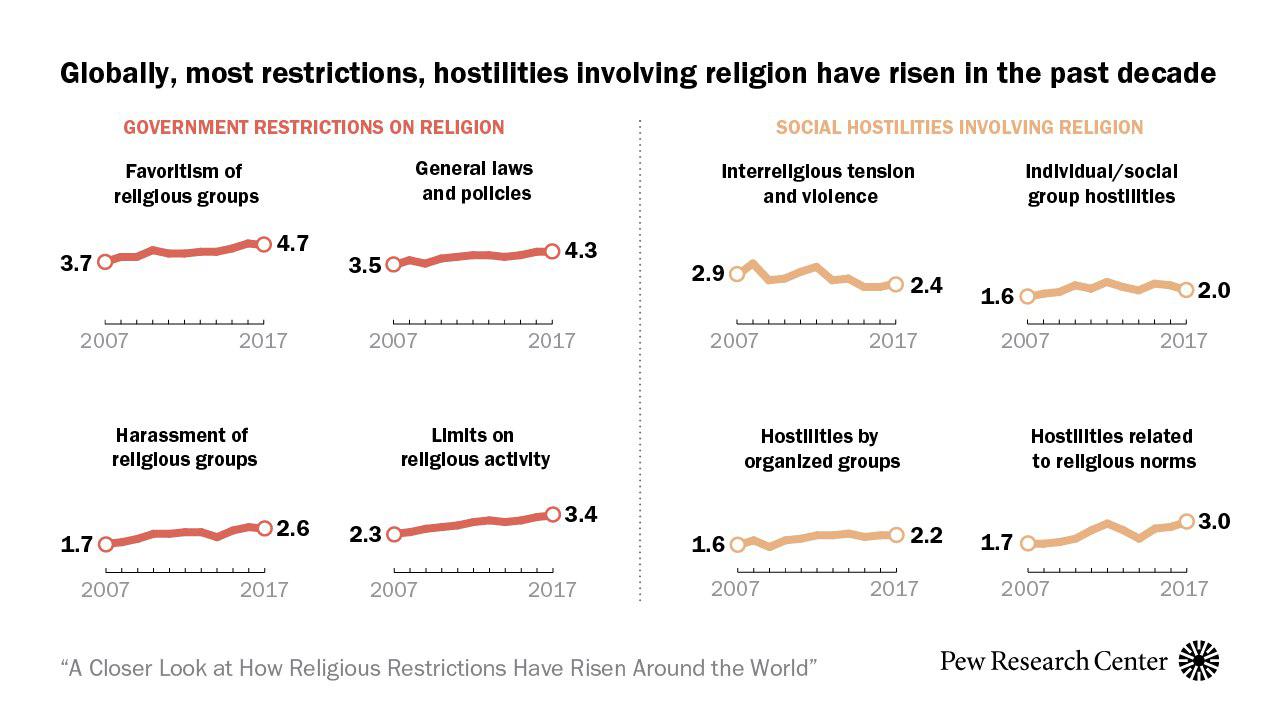 Over the decade from 2007 to 2017, government restrictions on religion — through the enactment of laws restricting religious beliefs and customs, general policies, and specific actions of government officials — increased markedly throughout the world. In addition, since 2007, when the Pew Research Center began tracking this problem, there has also been an increase in the number of aggressive social activities associated with religion, including violence and harassment by individuals, organizations or groups.

In particular, despite some reduction in overall interreligious tensions since 2007, in some countries there is still a marked increase in tensions between the religious groups, especially in Syria and Ukraine. Syria is experiencing a civil war since 2011, which has a large sectarian component, and during the conflict, violence between religious groups has been reported. And in Ukraine, tensions remain between the Ukrainian Orthodox Church (Moscow Patriarchate) and the Ukrainian Orthodox Church of the Kyiv Patriarchate, as well as the Ukrainian Greek Catholic Church. In particular, in 2017, attacks, insults and seizures of temples were noted.

Starting with the data for 2015, researchers are studying the events taking place in the Crimea, as part of the religious situation in Russia. This reflects Russia's actual control of the Crimea and is not the position of the Pew Research Center regarding the de jure status of the territory, which the United Nations recognizes as part of Ukraine.

Ukraine and Russia - what is religious statistics talking about?