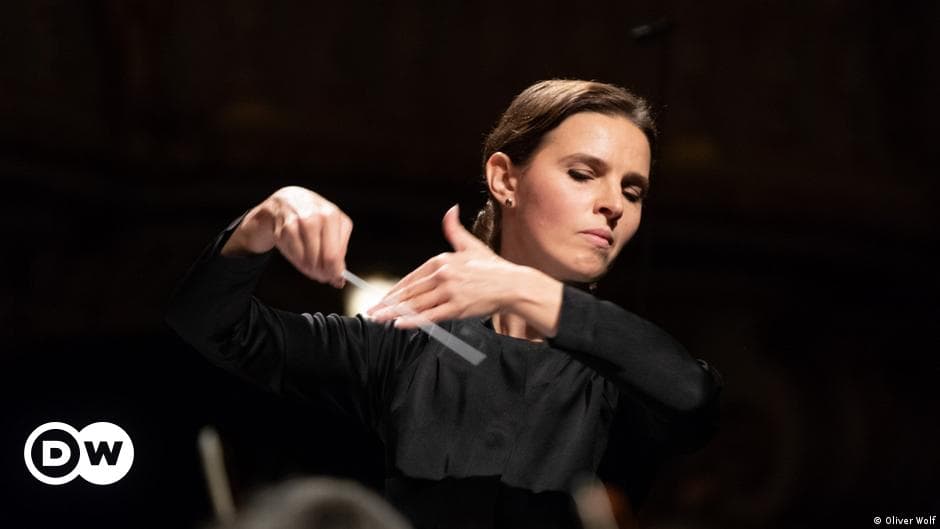 Oksana Lyniv arrived in Bayreuth (Germany), where for six weeks she will rehearse Richard Wagner's The Flying Dutchman with an international orchestra. On 25 July, she will conduct the opening night of the famous Bayreuth Festival. The role of the Dutchman will be performed by John Ludgren from Sweden, Hasmik Grigoryan, who sings Senta, has Armenian-Latvian roots, director Dmitry Chernyakov from Russia, the choir and orchestra are musicians from more than 30 countries.
To work on the premiere, the Ukrainian woman undertook a kind of immersion in the life and spiritual world of the composer, visiting, among other things, the city of Meudon near Paris, where Wagner worked on an opera in his youth, after failure and disappointment at the Grand Opera.
It is interesting that Oksana feels great at the conductor's stand of the Bayreuth Theater, seeing the orchestra and the stage, since initially everything was done according to the "parameters" of Richard Wagner - the founder, main author and first conductor of the festival, who was the same height as Oksana - 166 cm.
This is the first time that a female conductor has taken the helm of Boyreuth, breaking a century and a half monopoly and male dominance. This is all the more welcomed in the musical environment, since Oksana Lyniv herself was born and raised in Ukraine, which in the West is perceived primarily as a patriarchal society. However, for Oksana this is a familiar situation, since already at the conservatory she was the only girl on the conductor's course.
“The fact that I'm a woman doesn't make the Flying Dutchman any easier or harder,” says Oksana. - The fact that I, a woman, can stand on this podium is probably a symbol of our time. Of course, I hope to set a positive example. This would be important not only for me personally, but also - to put it more sublimely - for the world and for the future.

Blinken called Germany the best friend of the United States, but hinted at disagreement

Modernity is becoming a thing of the past. Now in football