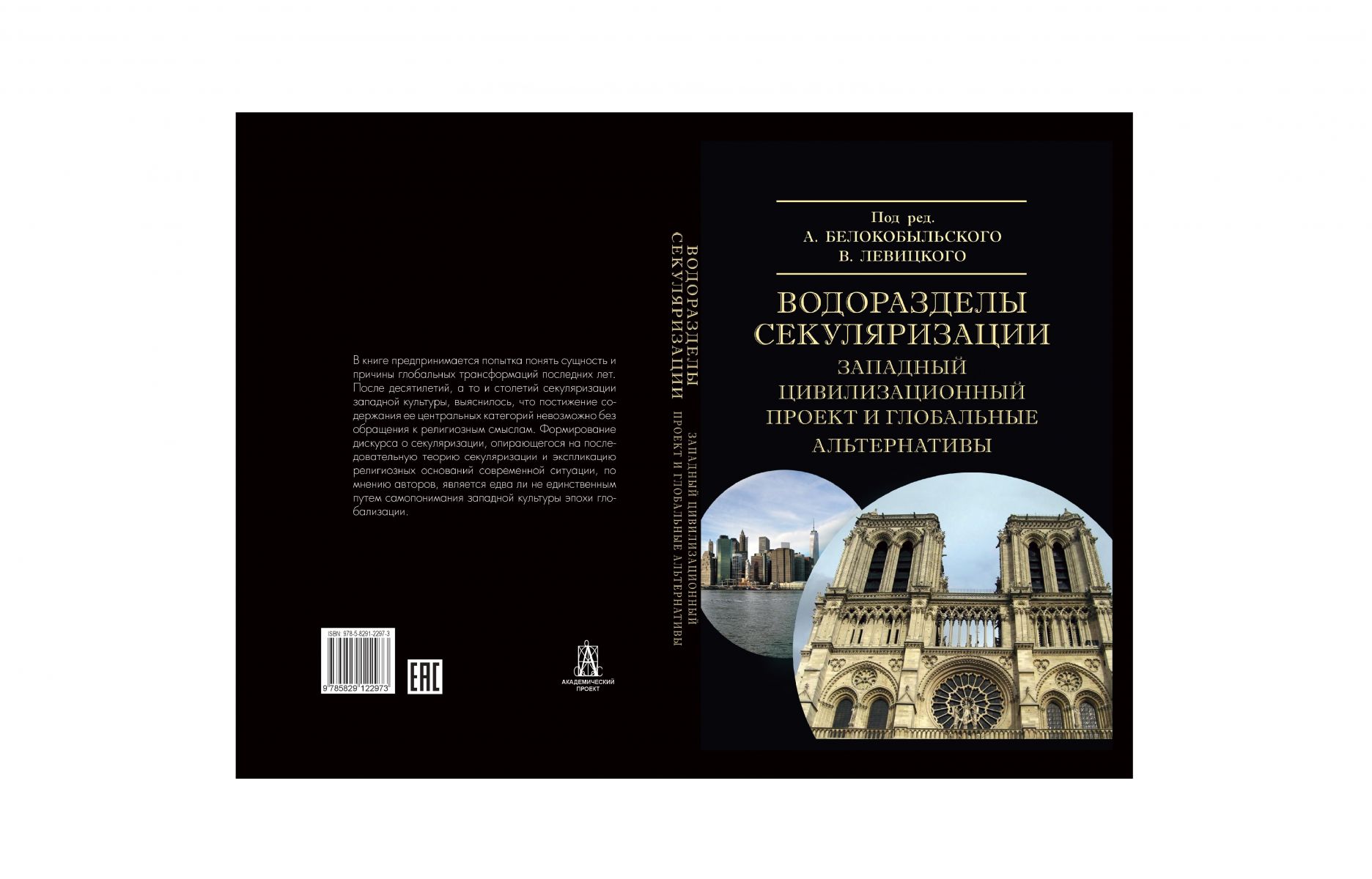 The book «Watersheds of secularization: the Western civilization project and global alternatives» was published by the publishing house «Academic project».

The book attempts to understand the nature and causes of global transformations of recent years. After decades, or even centuries of secularization of Western culture, it turned out that comprehending the content of its central categories is impossible without resorting to religious meanings. The formation of a discourse on secularization, based on a consistent theory of secularization and explication of the religious foundations of the current situation, is, in the authors' opinion, the only way to understand Western culture of the globalization era.

Preface to the book, available by the link.

07.05. The International Monetary Fund (IMF) remains in talks with Ukraine and expects more progress to provide the second tranche of the stand-by program.
www.dw.com
07.05. The birth rate in the United States fell by 4 percent last year, according to a new government report. This is the largest annual decline in 42 years.
ukrainian.voanews.com
07.05. Ukraine has asked the United States to expand the training mission for the Armed Forces of Ukraine.
interfax.com.ua
07.05. In Porto, where for the first time together all the leaders of the EU and its member states will meet (albeit virtually) prime minister Narendra Modi on Saturday (8 May), there is an opportunity to add a new impetus to the relationships between Europe and India.
euobserver.com
Show all