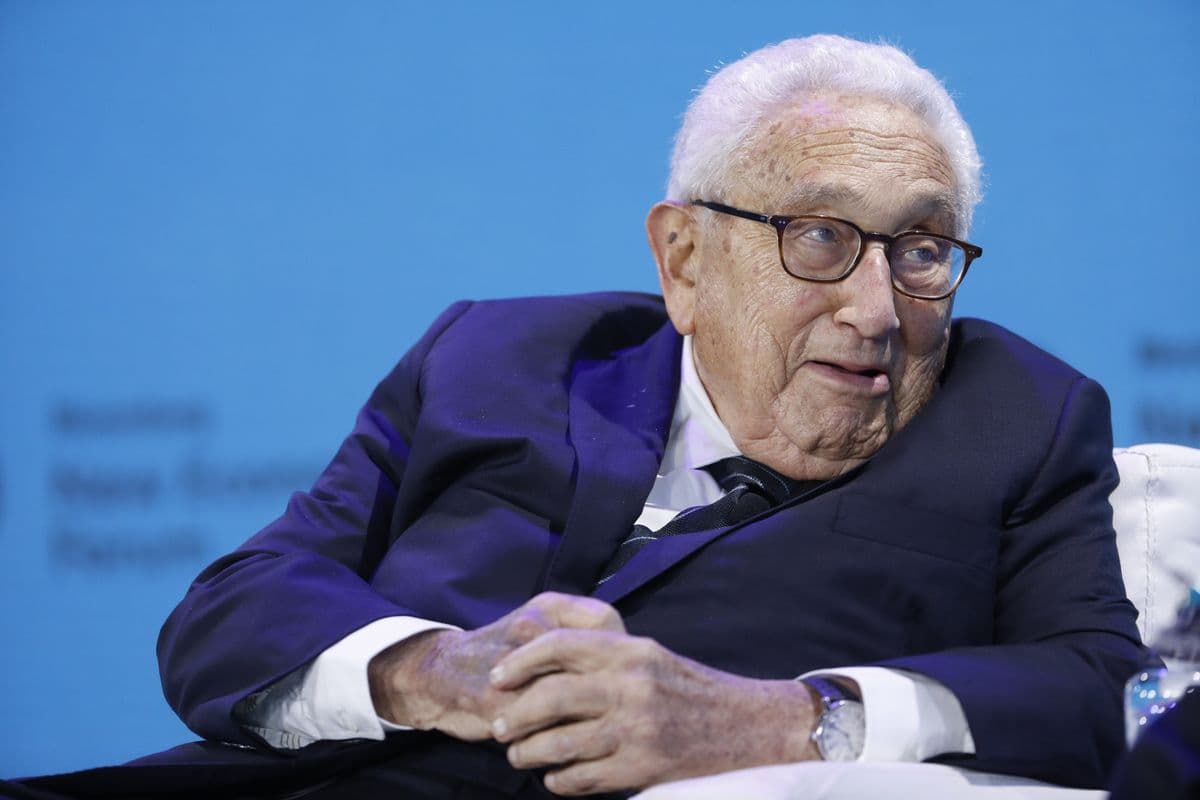 According to P. Martin

Former US Secretary of State Henry Kissinger said that the new Biden administration must act quickly to restore all formats of relations with China that have degraded during the Trump years, otherwise there will be a risk of a crisis that could escalate into a military conflict.
“If there is no basis for joint action, the world will slide into a catastrophe comparable to World War I,” Kissinger said during the opening of the Bloomberg New Economy Forum. He said the military technology available today would make such a crisis “even more difficult to control” than crises of previous eras.
"America and China are now more and more confrontational and conduct their diplomacy in a confrontational manner," Kissinger, 97, said in an interview with Bloomberg News editor-in-chief John Micklethwaite. "The danger is that some kind of crisis may occur, which will go beyond rhetoric and turn into a real military conflict."
The diplomat, who paved the way for President Richard Nixon's historic 1972 trip to China, said he hoped the shared threat of the Covid-19 pandemic would open the way for political debate between the two countries after Biden took office on January 20.
“Let's look at Covid as a warning to the world in the sense that today every country is forced to deal with the pandemic challenges practically one-on-one, but complete victory over the virus is possible only through global cooperation,” said Kissinger, “and this should serve a kind of lesson for politicians."

How the US elections will affect Ukrainian politics