The arms race is moving to the Arctic 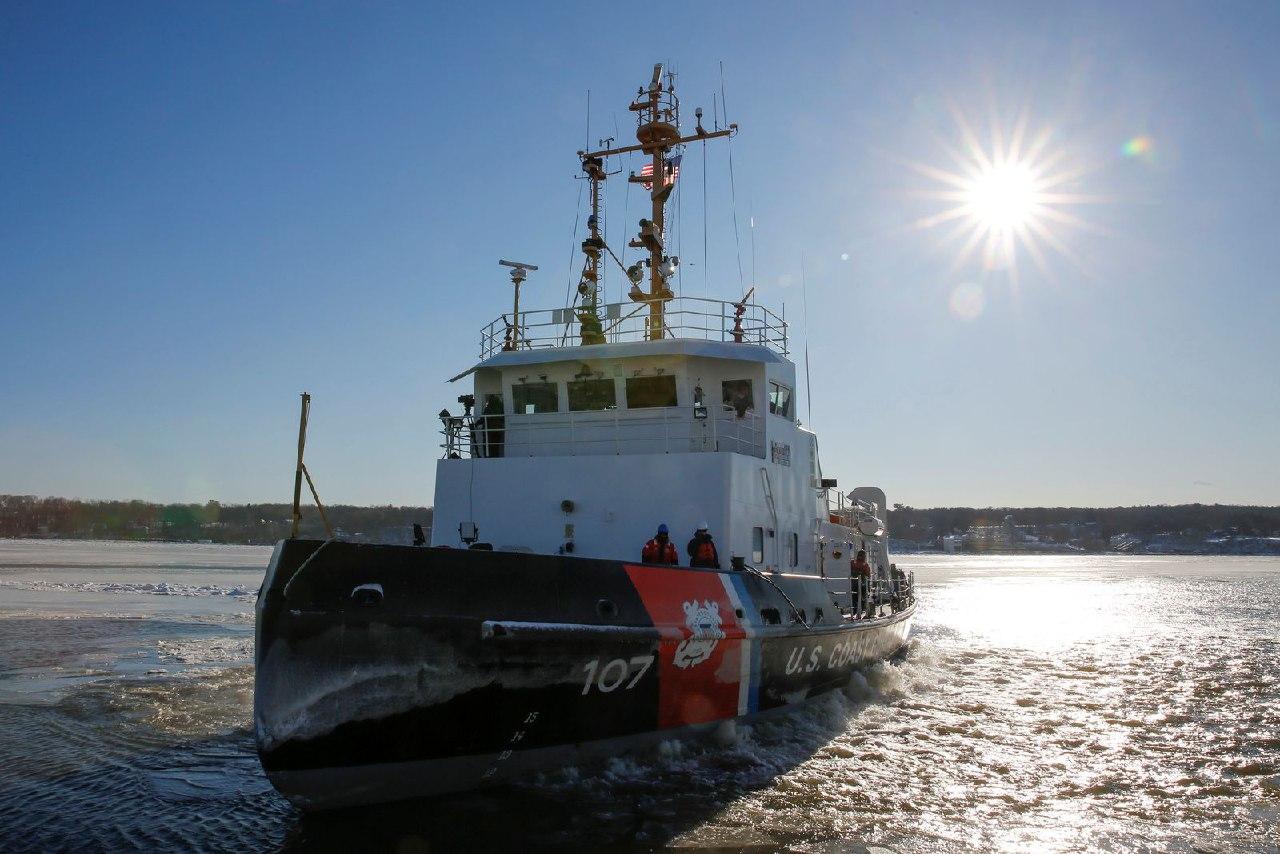 In April 2019, the U.S. Navy and U.S. Coast Guard provided VT Halter Marine Inc. $ 745.9 million to build the new Polar Security Cutter (PSC), a large icebreaker for the Coast Guard. Although the contract is for one large icebreaker, it could be expanded to include two additional PSCs, bringing the total number of new icebreakers to three.
More than half a century has passed since the armament of American icebreakers. Wind-class icebreakers from the Second World War were armed with various deck guns and heavy machine guns. Some of them even served in the Soviet Union thanks to the Lend-Lease Act, however these deck guns were removed in the 1960s.
Since the end of the Cold War, the USCG's icebreaker fleet has shrunk dramatically, with just one USCGC Polar Star heavy icebreaker and one USCGC Healy medium icebreaker. The third icebreaker has been dormant since the ship went down in 2010.
Recently, US Secretary of State Mike Pompeo emphasized that the Arctic region is gaining more and more strategic importance, and not only for countries that consider themselves Arctic states. For example, “Beijing claims to be“ a country close to the Arctic, ”although the shortest distance between China and the Arctic is 900 miles. There are only Arctic states and non-Arctic states, ”Pompeo explained. "There is no third category, and claims to the contrary do not give China the right to do anything." However, China's interest in the Arctic will not diminish from this statement.
The Russian icebreaker fleet is far superior to the American fleet - the Russian Federation has about forty ships, about a dozen more are either currently being built or budgeted, some of which have nuclear engines. In 2007, Russia planted a flag at the bottom of the Arctic near the North Pole.
The increasing availability and activity of the Arctic Sea Route increases the need for coastal infrastructure and security services in the Arctic marine zone. Long-term trends indicate an increasingly stable navigation and competitiveness of the region, and environmental and economic factors make it difficult to predict the scale and pace of change. As the region attracts more and more attention from both partner and rival states, America's economic and security interests will become even more closely tied to the Arctic. Corresponding changes will be undertaken by Russia, China, and possibly other countries. The waters of the Northern Ocean are heated not only in a physical sense.

Read also:Normandy meeting and the arrest of Maria Kolesnikova: Top-5 events of the week