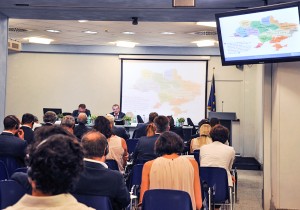 For an early cessation of armed confrontation in Donbass it is necessary to establish an open and direct dialogue between all parties to the conflict, while offering Ukrainian society an impartial interpretation of the events in the East of the country. This was stated by Ukrainian and European experts at the conference "Ways of resolving conflict in the East of Ukraine", which took place on September 3 in Rome.

"The conflict in Donbass is the result of clash of two civilizational projects: Western civilization and doctrine of "Russian World". Our task – is to understand the essence of this confrontation and to introduce corresponding adjustments into the information realm, as well as to offer a dialogue, based on common cultural values, in order to find consensus. Any other way of resolving the conflict will lead to catastrophic consequences, "- said Victor Levytskyy, Director of the Ukrainian institute of strategies of global development and adaptation.

Experts noted that in today's world there are two alternative projects to the Western path of development: "Islamic state" and "Russian World", which are in a violent confrontation with the Western world. 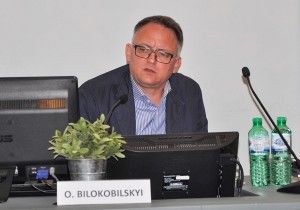 "On the borderlines of the mentioned projects confrontation may sometimes acquire acute forms, including forms of armed conflicts. Today Ukraine has found itself on the clash-line, and tomorrow, if the conflict in Donbass is not resolved, Europe may find itself in the same situation"- noted Alexander Bilokobylskyi, Director of Kiev branch of the Ukrainian institute of strategies of global development and adaptation.

According to experts, global clash occurs at the level of worldview, ideologies and religious values. They are the main cause of confrontation between civilizational projects that seek either to protect or expand their own values. 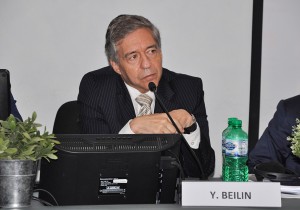 "At the moments of strong ideological confrontation people sometimes commit actions, about which they regret decades later. Now for Ukraine it is important to offer its society a unifying ideology based on the national interests of the state, as well as on values understandable to all its citizens"- stated Israeli politician Yossi Beilin.

Conclusions of the conference were drawn by Italian historian Eugenio Di Rienzo, who stressed the importance of peaceful way of disengagement: "I am convinced that the conflict in Donbass started in 1991 with the collapse of the USSR, and has now reached its climax. Back then it seemed unreal, and now - inevitable. But history gives us plenty of examples of how such conflicts were resolved, including peaceful ways. Ukraine can also take advantage of these ways"