Riot in Novy Sanzhary and new data about the massacre on the Maidan: Top 5 events of the week

Riot in Novy Sanzhary and new data about the massacre on the Maidan: Top 5 events of the week
1748
Administrator Administrator 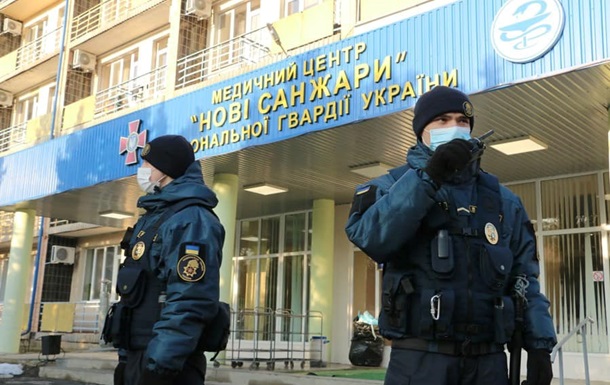 1. On Thursday, Ukrainians and foreigners evacuated from China were taken to the National Guard Medical Center in Novy Sanzhary (Poltava Region). For this, the police and the National Guard had to use special equipment and military equipment against local residents who blocked access to the quarantine site.

3. The number of people infected with the coronavirus COVID-19 in Italy continues to grow; authorities have limited freedom of movement in 11 municipalities of the country. Identified 79 infected, 2 died. In total, 76 936 people were diagnosed with the new coronavirus in the world, 2442 of them died, about 23 000 were cured and left the hospital.

4. Consulting company Oxford Economics has warned that the spread of the virus in regions outside Asia this year will reduce global growth by 1.3%, which is equivalent to a lost revenue of 1.1 trillion dollars.

5. The Internet news resource Strana.ua published the Parasyuk List - a surname list of protesters who, according to Strana.ua, started the massacre on the Maidan, shooting law enforcement officers.