Main » News and comments » 2021 » Declaration of the impracticability of Minsk and Trump's acquittal: Top 5 events of the week

Declaration of the impracticability of Minsk and Trump's acquittal: Top 5 events of the week

Declaration of the impracticability of Minsk and Trump's acquittal: Top 5 events of the week
862
Administrator Administrator 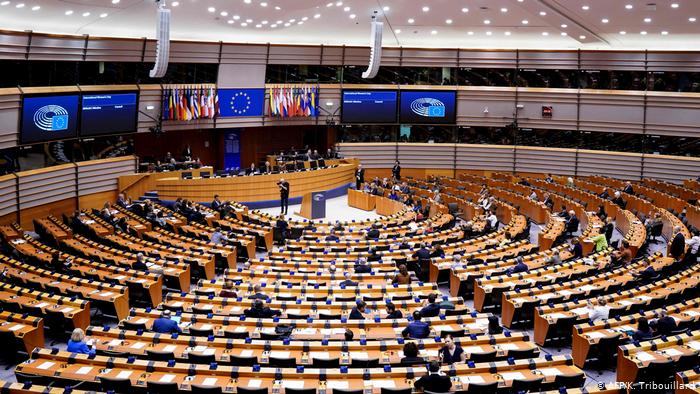 1. The US Senate on Saturday did not receive the two-thirds majority needed to convict former President Donald Trump of inciting the storming of the Capitol on January 6, and thus ended the process of considering his impeachment with an acquittal.

2. The Complex of Measures for the Implementation of the Minsk Agreements (the so-called Minsk-2) is 6 years old. In connection with the anniversary, a special meeting was held at the UN, at which representatives of the West and Ukraine, on the one hand, and Russia, on the other, accused each other of not fulfilling the agreements.

3. The European Parliament on February 11 approved its second report on the implementation of the Association Agreement between the EU and Ukraine. In the document, MEPs praised Ukraine for advancing reforms, but called for a more complete implementation of agreements with the EU, condemned corruption and the influence of oligarchs, and also called for the closure of the Myrotvorets website.

4. On Tuesday, February 9, President Xi Jinping personally led the host country at the China-Central and Eastern European Summit (the partnership is also known as 17 + 1).

5. On Saturday night, the head of the President's Office Andriy Yermak said that the Minsk agreements were practically impracticable and were signed by the Ukrainian side with the understanding of this impracticability.

30.07. The President of Ukraine Volodymyr Zelenskyi signed a law on strengthening responsibility for domestic violence and gender-based violence. The document allows the victim to receive compensation for material damage and non-pecuniary damage caused by domestic violence.
www.dw.com
30.07. The US administration aims to combat irregular migration by overcoming the causes that force people to migrate and by promoting migration management in North and Central America. The US government points to a $ 4 billion long-term strategy to improve the lives of the region's residents, announced by US President Joe Biden.
ukrainian.voanews.com
30.07. The chief sanitary doctor of Ukraine, Igor Kuzin, said that the quarantine in the country would be extended. For how long it will be extended, he did not say.
www.rbc.ua
Show all