Main » News and comments » 2021 » Second impeachment for Trump, service only in Ukrainian: Top 5 events of the week

Second impeachment for Trump, service only in Ukrainian: Top 5 events of the week
936
Administrator Administrator 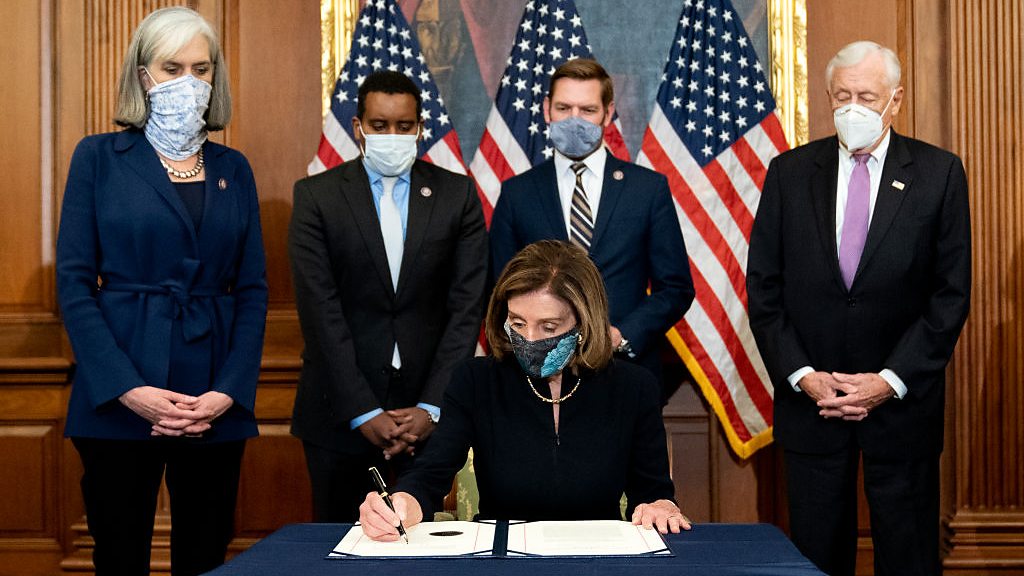 1. According to the law "On ensuring the functioning of the Ukrainian language as the state language", adopted in 2019, from January 16, 2021, enterprises and organizations of all forms of ownership, including online stores, must serve consumers and provide information about goods and services in the state Ukrainian language.

2. On Tuesday evening in Berlin, negotiations ended with representatives of the "Normandy Four" to resolve the situation in the Donbass. The next round of negotiations took place at the Federal Chancellor's office at the level of political advisers.

3. President of Moldova Maia Sandu made her first foreign visit to Ukraine, where, at a meeting with President of Ukraine Volodymyr Zelensky, she promised to bring the countries to a new level of partnership.

4. On Wednesday, the US House of Representatives voted to impeach Trump for the second time. Trump's impeachment proceedings were launched following the instigation of a crowd of his supporters to attack the Capitol building on January 6. Trump became the first president in history to be impeached twice. The day before, US Vice President Mike Pence refused to remove Donald Trump from office under the 25th Amendment to the US Constitution.