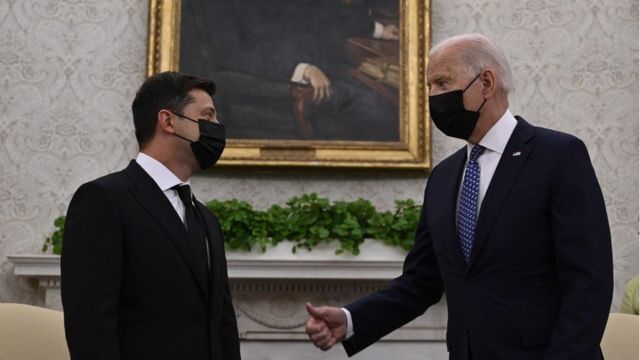 1. On Wednesday, September 1, US President Joe Biden and Ukrainian leader Volodymyr Zelenskyy held talks in Washington. During the meeting at the White House, Biden assured his guest that the United States will continue to support Ukraine's territorial integrity and will continue to assist Kiev in ensuring the country's security.

2. The United States removed the last military personnel from Afghanistan and, 20 years after its start, completed its military mission in this country. This was announced at a briefing on Monday, August 30, by the head of the US Central Command, General Kenneth Mackenzie.

3. From September 1, Pridnestrovian cars will be able to enter Ukraine only if they have registration plates of an agreed international standard. Cars with Transnistrian license plates will not be allowed to enter Ukraine. This was reported by the Ministry of Internal Affairs of Ukraine.

4. On Friday, September 3, in the evening, a fire broke out in the Kiev Church of St. Nicholas, built by V. Gorodetsky. As a result of the fire, the organ was almost completely burned down, the decoration inside the church was damaged.