Main » News and comments » 2020 » The war in Donbass may have started with raider seizures; explosion in Beirut destroyed part of the city: Top 5 events of the week

The war in Donbass may have started with raider seizures; explosion in Beirut destroyed part of the city: Top 5 events of the week

The war in Donbass may have started with raider seizures; explosion in Beirut destroyed part of the city: Top 5 events of the week
1292
Administrator Administrator 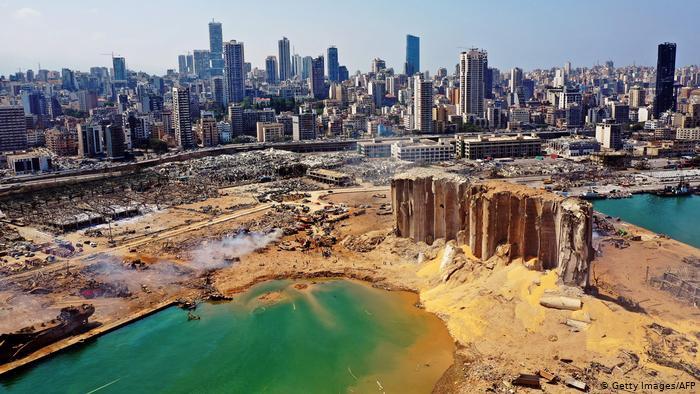 1. At about 18.00 on Tuesday, August 4, an explosion occurred on the territory of the port in Beirut. First, fire broke out, then a series of small explosions followed, and as a result - another powerful explosion, causing a devastating shock wave. More than 150 people died, more than 6,000 were injured, about 300,000 were left homeless. After the explosion, riots broke out in Lebanon.

2. US President Donald Trump signed a decree prohibiting any transactions with the Chinese company ByteDance, the owner of the popular social network TikTok. The social network can only be accessed in the United States if its American part is purchased by a US company.

3. Former People's Deputy David Zhvania appealed to Prosecutor General Irina Venediktova to open criminal cases against ex-President Petro Poroshenko and document his crimes. The new appeal refers to the beginning of the war in Donbass, which was allegedly provoked by the raider seizure of enterprises from Donetsk businessmen. The operation on behalf of Poroshenko was led by G. Korban, and its disastrous result was the Ilovaisk tragedy.

4. The situation with the Russian mercenaries of Wagner PMCs detained in Belarus was provoked from a third country in order to complicate relations between Moscow and Minsk. This was stated by the Russian Ambassador to Belarus D. Mezentsev. Perhaps we are talking about Ukraine.

5. After the resumption of the growth in the incidence of the new coronavirus in Ukraine, a division into "red", "orange", "yellow" and "green" quarantine zones was introduced, depending on the epidemic situation in the region with the coronavirus disease COVID-19. Mayors of cities caught in the red zone do not obey the requirements of the cabinet of ministers, refusing to impose strict quarantines.

Read also:The US tries to cut off access to the American Internet for China