Main » News and comments » 2021 » War between Israel and Palestine, V. Medvedchuk under arrest: Top-5 events of the week

War between Israel and Palestine, V. Medvedchuk under arrest: Top-5 events of the week
962
Administrator Administrator 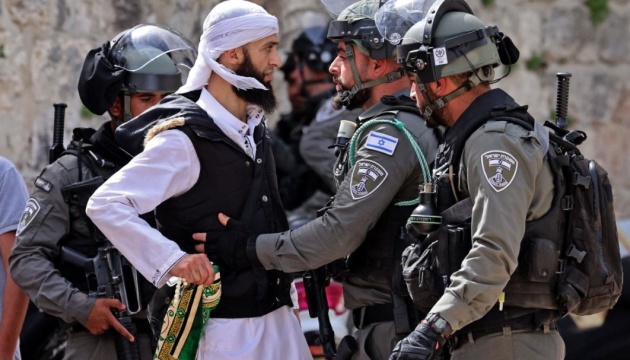 1. On May 10, the Palestinian-Israeli conflict escalated sharply. Since Monday, the military wing of the Palestinian Islamist movement Hamas has fired hundreds of rockets into Israel, which has responded with a series of airstrikes against Palestine. At least 132 Palestinians and 8 Israeli citizens have already died.

2. On Thursday, May 13, V. Medvedchuk was placed under house arrest on charges of treason. The next day, on the website of the President of Ukraine, this arrest was called the beginning of the de-oligarchization of the country. V. Medvedchuk himself denies the accusations, and his party OPFL talks about political repression.

3. On Saturday morning, China's National Space Administration (CNSA) announced that the lander of the Tianwen-1 interplanetary spacecraft with the first Chinese rover landed on Mars.

4. The shooting at a gymnasium school in the Tatarstan capital of Kazan (Russia) killed at least nine people. The 19-year-old attacker was alone, he was detained, the Ministry of Internal Affairs of the Russian Federation said. He attended this school, then college, and received a gun permit in the spring.

5. The Court of Appeal overturned the decision of the District Administrative Court of Kiev, which declared illegal and canceled the decision of the Cabinet of Ministers on the approval of the Ukrainian spelling in the new edition. This is stated in a message from the Ministry of Justice on Facebook, published on Tuesday, May 11.

Chinese rover reaches the surface of the Red Planet