Hungarian riot: country's parliament made gender changes to the constitution 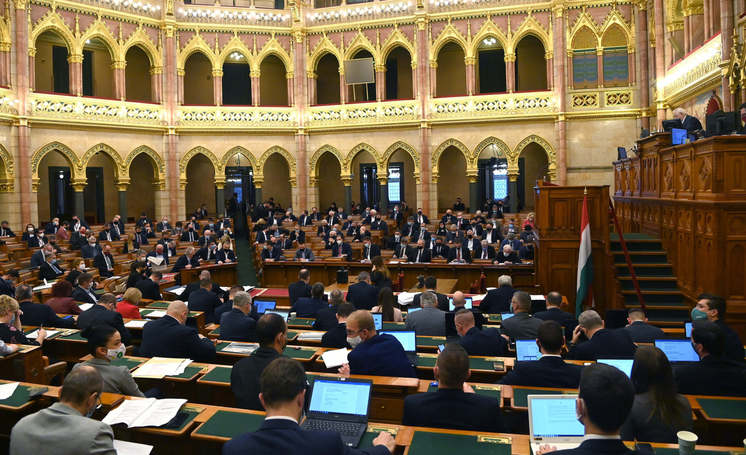 The unicameral parliament of Hungary - the Hungarian National Assembly, which consists of 199 deputies, on December 16, with 134 votes in favor, 45 against and five abstentions, adopted the ninth amendment to the national constitution, which was initiated by the government. The meaning of the changes made runs counter to the prevailing trend of “gender liberalization” in the EU and the USA. In particular, the Hungarian constitution now explicitly states that only a woman can be a mother, and a man can be a father. Another important novelty of the Hungarian legislative assembly is the appeal to Christian values ​​in national culture. Hungary's basic law now states that “the mother is a woman and the father is a man, thereby protecting the child's right to self-identify according to his or her gender at birth and ensuring that he or she is educated in accordance with constitutional values. Hungary's Identity and Christian Culture ”.

The end of the "end of history"

04.12 Estonia's Baltic neighbors Latvia and Lithuania have either already acquired or are currently in the process of acquiring HIMARS systems for their armed forces. The deal is worth more than $200 million and includes both the launchers themselves and ammunition, as well as a training program.
voanews.com
Show all