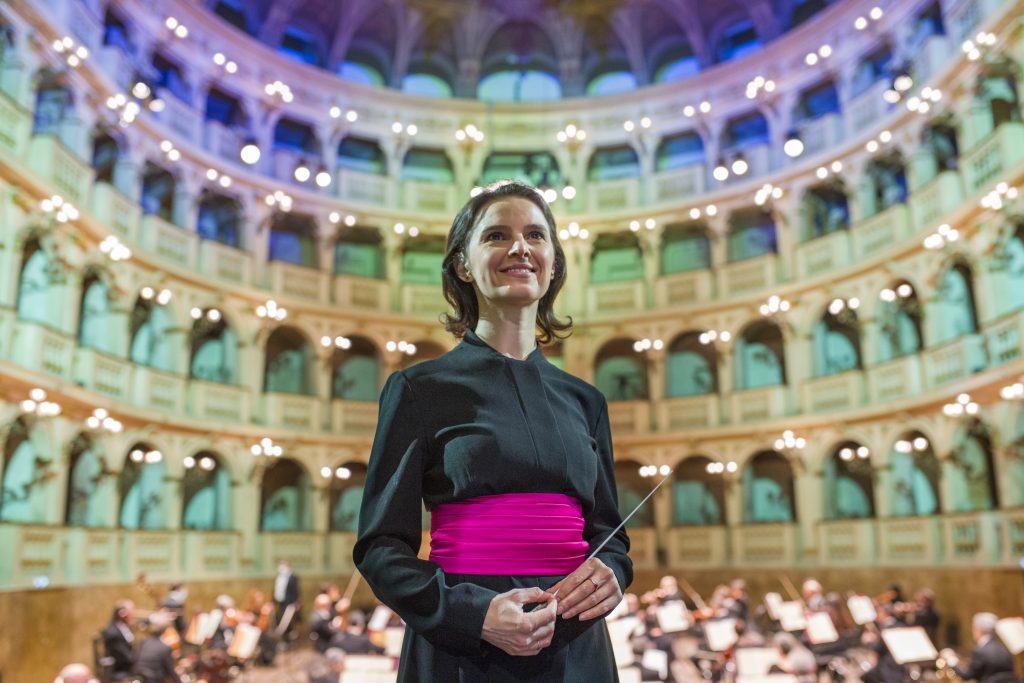 Ukrainian conductor superstar Oksana Lyniv is making music history again. The 43-year-old native of Brody in western Ukraine was announced in October as the new musical director of Teatro Comunale di Bologna in Italy. When she starts work in Bologna in January 2022 on a three-year contract, she will become the first female conductor ever appointed as Musical Director of an Italian opera house.

Born into a family of Ukrainian musicians at the end of the Brezhnev era, she began her career while studying at the Lviv Academy of Music. N. Lysenko in the late 1990s. Recognized as a young child prodigy, Lyniv rose to fame as an assistant conductor at the Lviv Opera House, and then continued her musical education in Germany.

Although she has spent most of the last two decades building her career in German-speaking countries, Lyniv also lived in Odessa for a long time. From 2008 to 2013, she worked as an assistant to the chief conductor of the Odessa National Opera, gaining valuable experience in a magnificent opera house.

The Ukrainian star's reputation as one of the world's brightest talents in classical music rose significantly in 2017 when she became the first woman to be appointed Principal Conductor of the Graz Opera and the Graz Philharmonic Orchestra in Austria, and she remained in that role until 2020. However, even this impressive achievement overshadowed her performance in the summer of 2021 in Bayreuth, when she became the first woman to open the famous festival.

Oksana Lyniv's performance at the Bayreuth Festival in July 2021 in front of a stellar audience, including German Chancellor Angela Merkel, became a truly landmark event in the world of classical music, which helped to strengthen the cultural status of Ukraine. In the more than 140 years since the opening of the Bayreuth Festival by Richard Wagner himself in 1876, there has never been a female conductor at this landmark annual event.

A few weeks after her German triumph, Lyniv hit the record books again, this time in Italy. In fact, she first appeared at the Teatro Comunale di Bologna a few months before the Bayreuth Festival, when she acted as a guest conductor at a concert held without an audience due to Covid restrictions. Two months later, in May 2021, she returned to Bologna to perform in front of an audience for the first time. This was enough to provide her with a new position as music director.

In a post on a social network, the Ukrainian conductor acknowledged the historical significance of his appointment in the northern Italian city. “I have the honor and responsibility to be the first woman to be invited to become the musical director of one of the most important Italian state theaters in a country where classical music has an extraordinary history that is felt in all corners and is an integral part of the national culture,” she commented on her forthcoming role in Bologna.

Oksana Liniv's remarkable career has received a number of awards. In December 2020, she was named Germany's Conductor of the Year. Recently, Lyniv received a new award - a Barbie doll in her image, created specifically for the Odessa exhibition "Dreamers and Inventors". One of the most significant awards came in October 2021, when she was named a laureate of the Saxon Mozart Prize 2021 along with the Youth Symphony Orchestra of Ukraine, which she founded in 2016 to bring together talented young musicians from all over Ukraine.

Inflation has risen globally, but the US has one of the highest rates

The invention of reality