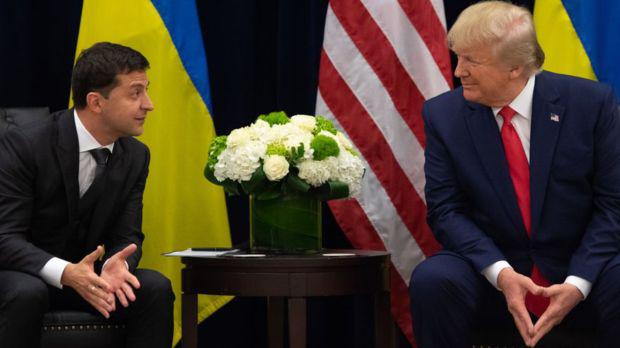 1. Vladimir Zelensky made his first visit to the United States as part of the 74th session of the UN General Assembly. On the sidelines of the event on September 25, the first meeting of the President of Ukraine with Donald Trump took place.
2. Democrats in the US Congress formally sent a request to investigate the actions of US President Donald Trump because of his conversation with his Ukrainian counterpart Vladimir Zelensky.
3. The Cabinet of Ministers conducted one of the largest-scale campaigns to "reset the power." The heads of Ukravtodor, the National Police, the State Architectural Inspectorate, the State Geohedron, the Ukrainian Transport Security Agency, the State Agency for Forest Resources, the National Agency for Civil Service, the State Archive Service, the State Agency for Reserve and the State Agency for Electronic Management were fired. After Zelensky’s meeting with Trump, the letter of resignation was written by Alexander Danilyuk, Secretary of the National Security and Defense Council.
4. Swedish eco-activist Greta Thunberg accused the world leaders who gathered in New York for the UN climate summit of insufficient attention to the global climate change issue. Her performance had a huge resonance.
5. Kurt Walker, US Special Representative in Ukraine, resigned the day after the publication of the whistleblower allegations that the White House was hiding the contents of a telephone conversation between President Donald Trump and the President of Ukraine.