UKRAINE: “THIS IS A REAL WAR. BUT WHAT ARE WE FIGHTING FOR?”

UKRAINE: “THIS IS A REAL WAR. BUT WHAT ARE WE FIGHTING FOR?”
3382
Administrator Administrator 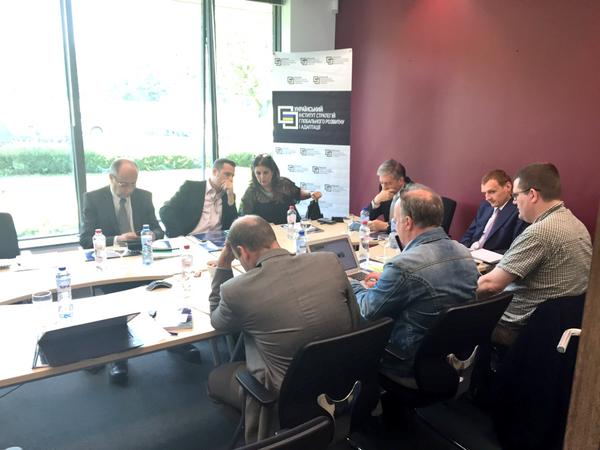 In a departure from my usual obsessions, I took a step back from the headlines about the situation in
Ukraine at an intellectual discussion about its underlying causes.

Video links brought together academics and political scientists in Kiev, Moscow and, somewhat  incongruously, Braine L’Alleud to debate theContext and Prospects of Settlement of the Conflict in the East of Ukraine. Organised by the Ukrainian Institute of Strategies of Global Development and Adaptation, the ambition of this first meeting on June 11 was to launch a long-term dialogue between the intellectual communities of Ukraine, Europe and Russia. Put more simply by UISGDA’s energetic director in Brussels Victor Levytskyy, “People are dying on both sides and it is our task as experts to find ways to bring the number of these deaths down.”

Levytskyy was echoing the final sentiment expressed by politologist Andrii Suzdaltsev in his intervention from Moscow. However, Suzdaltsev  had been less than convinced by the learned presentation of Doctor Of Philosophy Alexander Bilokobylskyi, director of USIGDA’s Kiev branch. 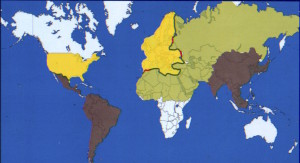 Bilokobylskyi’s thesis in short is that the conflict in East Ukraine is a microcosm of the global clash of civilisations: “Though the religious component is widely underestimated, it is clear to any resident of Donbas.” Suzdaltsev agreed that religion is a political marker in the conflict, but asserted that ideological nationalism is the greater influence.

Earlier, Miroslav Popovich, director of The Instituteof Philosophy of the Ukrainian Academy      of Bilokobylskyi’s “zones of global clashes”

Sciences, had also expressed reservations about the religious component, looking back instead at more recent history and suggesting the conflict was likely driven by a resolution of issues left over from the Stalin era.

Nevertheless, all participants appeared to agree that whatever their differing interpretations of events, “instead of a new Berlin wall, we need dialogue.” This was the starting point for former Israeli Minister Yossi Beilin, no stranger to dividing walls after his long years of involvement in negotiating with the Palestinians. He asserted that Huntington’s theories are tempting, but end up being problematic as they can often only serve to raise tensions.

Instead, Beilin suggested that pragmatic dialogue must continue, even in secret to avoid talks being derailed by threatening rhetoric bolstering subjective truths or playing to the gallery of the outside world. The international audience in his experience, he explained, is mostly ignorant of details and would welcome any resolution: “A solution agreed between the two parties to the conflict parties is the strongest. The world won´t even read it and just kiss you.”

Beilin concluded that any solution will necessarily involve autonomous oblasts and that it was critical to include Crimea. “But nevertheless, he cautioned, “even rational solutions need to take in account irrational aspects.”
Indeed, as Bilokobysyiskyi phrased it, alongside the shadow economy in Ukraine, there is shadow thinking, making it very hard to say how many Ukrainian citizens actually share the opinions voiced in mass media and or expressed officially. 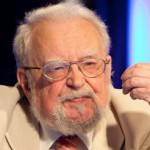 The question used as the title for this post was not posed rhetorically by Miroslav Popovich. The answer apparently eludes even someone of his stature.