Main » News and comments » 2020 » Ukraine is one of the leaders in the incidence of coronavirus in Europe, the truce in Karabakh: Top 5 events of the week

Ukraine is one of the leaders in the incidence of coronavirus in Europe, the truce in Karabakh: Top 5 events of the week

Ukraine is one of the leaders in the incidence of coronavirus in Europe, the truce in Karabakh: Top 5 events of the week
1902
Administrator Administrator 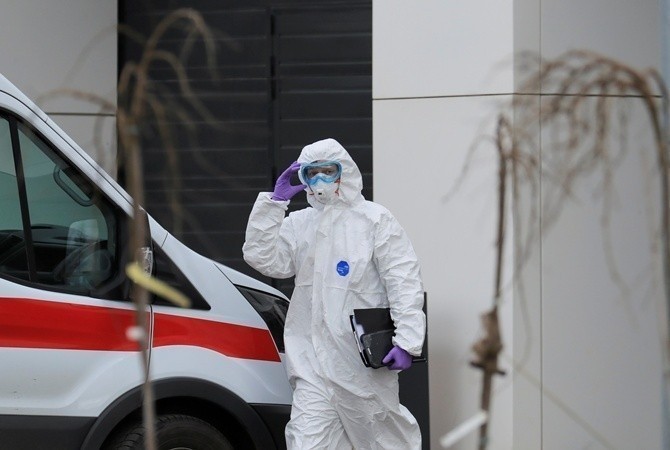 1. On Saturday at 12:00 local time in the conflict zone in Nagorno-Karabakh, a ceasefire regime entered into force, which the foreign ministers of Azerbaijan and Armenia agreed on in Moscow the day before. Although the ceasefire was sometimes interrupted by shelling, Saturday was generally the quietest day since the start of the war.

3. In connection with the unrest that broke out in Bishkek (Kyrgyzstan) after the elections, a state of emergency was introduced in the city, checkpoints were installed along the perimeter of the capital, and a curfew was imposed.

4. President Volodymyr Zelenskyy and British Prime Minister Boris Johnson signed agreements on political cooperation, free trade and strategic partnership. The agreement was criticized in the European press as an unfriendly act towards the EU.

5.On October 9, Ukraine recorded an absolute anti-record for the incidence of COVID-19. Coronavirus in Ukraine was found in 5804 people, 89 deaths were recorded, 2417 patients recovered. This is one of the highest per capita incidence rates in Europe.

How The Church Won Elections

Should retirees start to worry?