"Ukraine is not included in the circle of vital US interests" 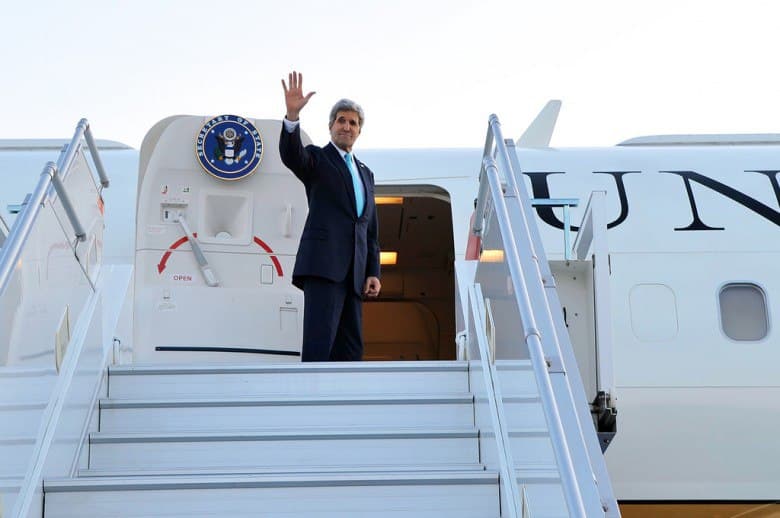 According to Barry Rosen

While the intensity of Western discussions about Ukraine may lead to the conclusion that Russia's annexation of Crimea and interference in eastern Ukraine is a strategic threat, the United States and even its allies have little interest in Ukraine. Foreign policy scholars seem to agree on one thing: vital interests are what American soldiers will die for on the battlefield. By this measure, even the most aggressive politicians in the United States have agreed that the United States has no vital interests in Ukraine.
What would the vital interests look like if they were present? Vital interests affect the security, sovereignty, territorial integrity and position of power of the United States or any other country. If, in the worst case scenario, all of Ukraine falls into the hands of Russia, it will have little impact on the security of the United States. Russia is no longer as strong a country as the USSR was: its GDP is less than that of the United States, and its conventional military power is insufficient to conquer the large states of Eurasia. The possession of Crimea, the seizure of the eastern provinces of Ukraine, or even the occupation of all of Ukraine will not change this. Indeed, the military conquest of Ukraine will cost Russia dearly, because, moving westward, Russian troops will find themselves in the rear with a fifth column.
Geography itself can sometimes generate lively interest. If Ukraine were Mexico, the United States would be interested in protecting it from Russia or anyone else. For Russia, Ukraine is Mexico, and in their eyes the United States and its Western allies are crawling inexorably in their direction since the end of the Cold War. Russian interests in Ukraine are likely to trump those of NATO, so it is unlikely that sanctions will contain Russia. Of course, Eastern NATO members would not want Russian troops to come to their doorstep, but since they are all too weak to defend themselves, or too confident in the United States to worry about them, their security is much more dependent on whether they comply whether the United States has its own allied obligations than from Russia's actions.
The United States has one interest in Ukraine. While not a vital concern, maintaining an independent neutral zone between NATO and the Russian military remains a stabilizing factor in East-West relations. During the Cold War, especially in Germany, NATO and Soviet forces came face to face with each other. Even their non-nuclear forces possessed a powerful offensive potential - thousands of tanks and aircraft capable of striking deep into enemy territory. Both sides also possessed a large number of nuclear weapons and had command, control and plans to use them if necessary. It was a nervous relationship fraught with the possibility of escalation and mutual disaster. This was a situation that should not happen again. And maintaining a wide military buffer zone is a real security interest, and the only one worth pursuing in Ukraine.
For the past twenty years, Ukraine and Belarus have kept NATO and Russian forces far apart. This was an underestimated benefit. NATO's flirtations with Ukraine's admission to the alliance simply ignored the new risks that would emerge. If Russia occupied all of Ukraine, we would return to this unhappy confrontation. If NATO forces helped Ukraine to provide military resistance to Russia, we would also return to this situation. This is not in the interests of Russia or in the interests of the United States. It is much better to agree on a mutual agreement "hands off Ukraine." Diplomacy, sanctions (and the threat of more) and economic aid (bribes) to Ukraine are the tools the West must use to restore the status quo ante.

WSJ: Biden is ready to recognize the massacres of Armenians as genocide