In 2014, 5,5 billion dollars less than in 2013 came into Ukraine via Cyprus
5917
Administrator Administrator 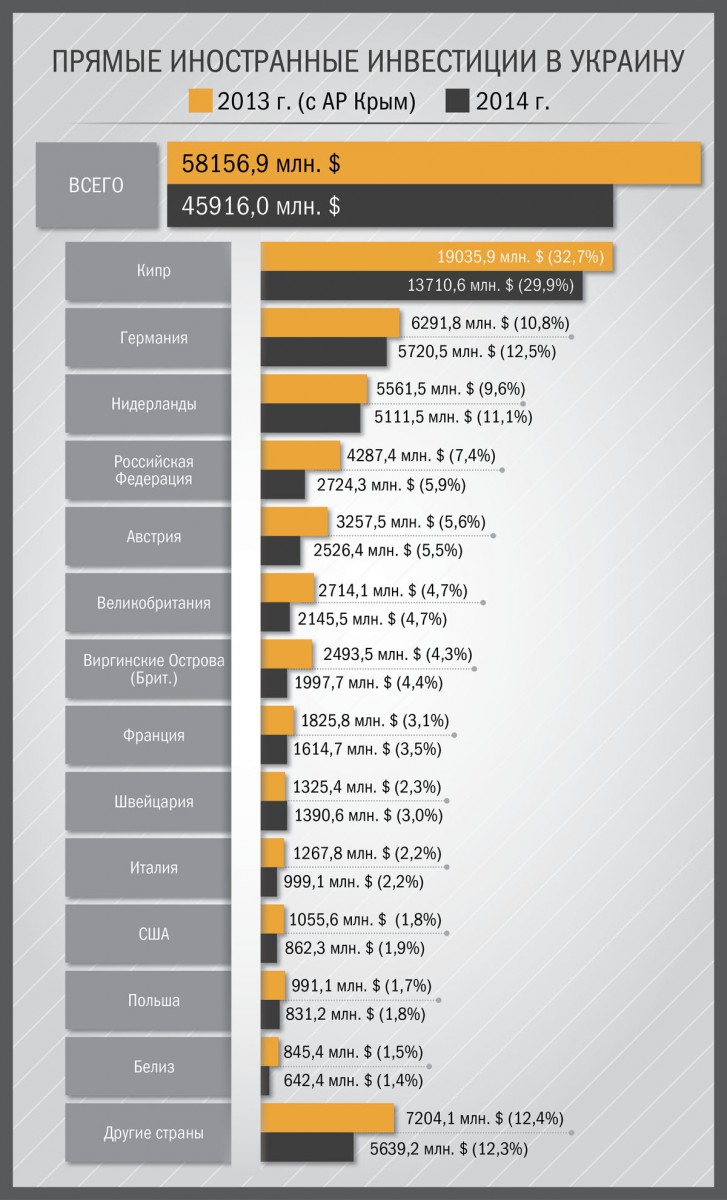 According to the expert of the Institute, Doctor of Economic Sciences Igor Groznyi, traditionally the lion's share of investments transferred to Ukraine - is reinvestment of Ukrainian and Russian businesses: "Often it is actually the return of the country's capital, withdrawn from it. In 2014, this category of investors invested in Ukraine of some 16,5 billion dollars, or 36% of the total volume of investment. However, due to unfavorable investment climate even they are winding down their projects". 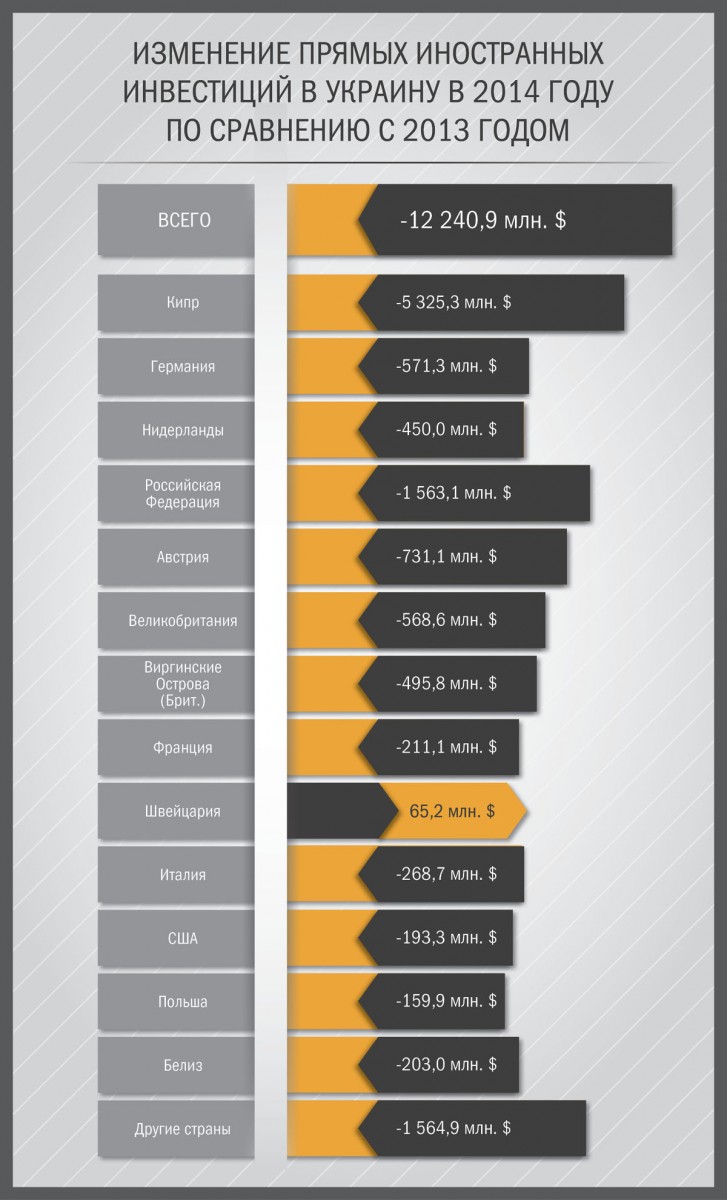 Igor Groznyi emphasizes that if we talk about pulling of the Ukrainian economy out of recession, and its further development, there is no other source of funds than investments. It is impossible to achieve sustained growth only at the expense of international loans. And that is what the government is trying to do now, with the help of the next IMF loan. The government should not increase external debt, but it should immediately throw all their efforts at returning investors to Ukraine. If this does not succeed, the Greek scenario expects for the country.

"Last year Ukraine received nearly 46 billion dollars in the form of investments. Not a single World Bank will ever be able to provide a loan of this size. This is even without mentioning the fact that this money does not accrue interest and it is not to be returned. In addition, investments directly enter the real economy sector and instantly bring economic benefits: new jobs are being created, wages are being paid, taxes are being deducted",- says expert.

According to experts of the Ukrainian institute of strategies of global development and adaptation in order to recover the investment attractiveness of Ukraine it is necessary, first of all, to cease the armed conflict in Donbass; implement a comprehensive reform of the judicial and law enforcement systems; reform the tax system; minimize corruption.
Also, in order to increase the investment attractiveness, Ukraine simply needs to define one or two industries that have the potential to become drivers. According to analysts of the Institute, such dynamically-growing sectors as agricultural and e-commerce may become the most promising ones.

For example, the volume of e-commerce market by 2018 may grow by 400% to 10 billion dollars. And the prospects of the agricultural sector are confirmed by the EBRD, which since the beginning of this year, has allocated more than 283 million Euro for 135 new agricultural projects.