40% of Americans have familiar transgender or non-binary people 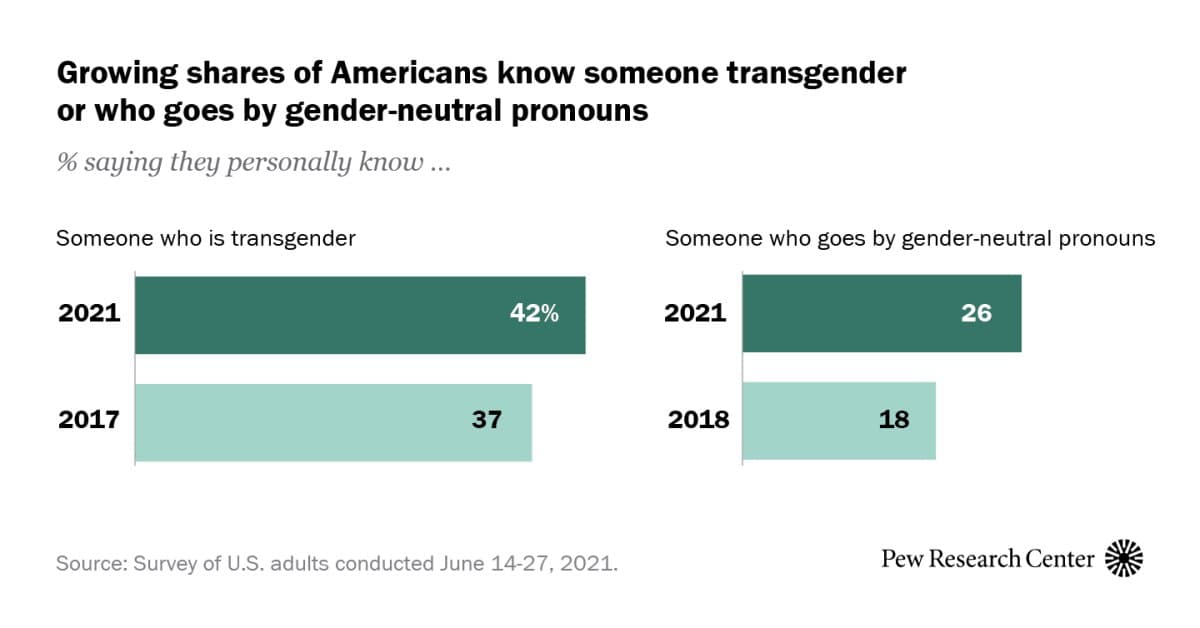 According to R. Minkin and A. Brown

In recent years, several well-known Americans have declared themselves to be transgender or non-binary, that is, people who do not identify exclusively as male or female. Governments at both the federal and state levels have also taken steps to ensure greater legal protection for transgender people and the formal recognition of non-binary identities. At the same time, a record number of state-level bills have been aimed at limiting gender to only the gender that people receive at birth.
A new study from the Pew Research Center shows that more and more adults in the United States say they know someone who is transgender or uses a gender-neutral pronoun. However, the level of comfort of Americans in using gender-neutral pronouns to denote someone, as well as their opinion on whether someone's gender may differ from the gender determined at birth, have remained unchanged.
Overall, about four out of ten Americans (42%) say they personally know someone who is transgender, which is 5 percent higher than in 2017. And about a quarter (26%) say they know someone who prefers others to use gender-neutral pronouns such as "they" instead of "he" or "she" when referring to them, compared to 18% in 2018, when this question was last asked.
Opinions on other issues on related topics have not changed. Half of Americans say they would feel comfortable using a gender-neutral pronoun to denote someone if asked to do so, while 48% say they would be uncomfortable doing so. These figures have hardly changed since 2018.
Similarly, the majority of adults in the United States (56%) believe that whether a person is a man or a woman is determined by congenital sex, while 41% believe that a person's gender may differ from sex at birth. These figures also remain roughly unchanged since 2017.

Religious procession of the UOC, Zelensky and Poroshenko argue with Putin: Top 5 events of the week