Main » News and comments » 2021 » The third wave of the pandemic, the president's office destroyed: Top 5 events of the week

The third wave of the pandemic, the president's office destroyed: Top 5 events of the week

The third wave of the pandemic, the president's office destroyed: Top 5 events of the week
1341
Administrator Administrator 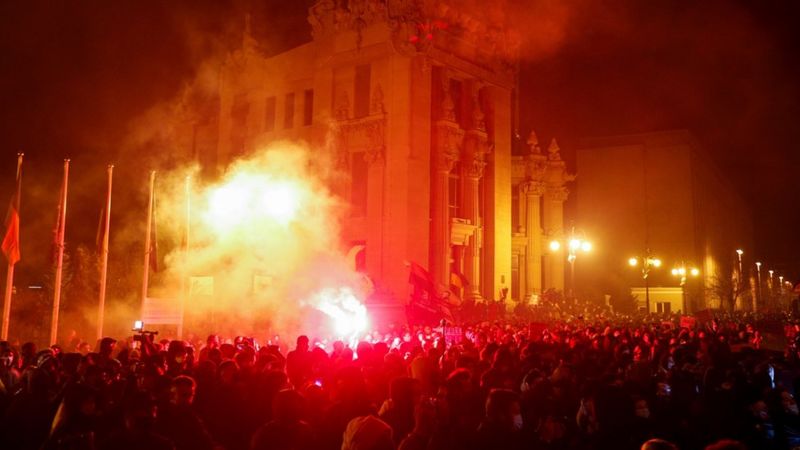 1. A protest action was held near the office of the President of Ukraine in the center of Kiev against the verdict of the activist Serhiy Sternenko. Several thousand demonstrators smashed some of the windows in the building, and graffiti appeared on its walls.

2. Joe Biden on March 17, in an interview with ABC television, answered the question in the affirmative: whether he considers Putin to be a murderer. And Putin replied to his American colleague: "Be healthy and whoever calls their names, he himself is called that."

3.On March 19, during an official briefing, the authorized representative of the European Commission, Dana Spinant, announced that the third wave of the coronavirus pandemic had begun in Europe.

4. At the bilateral American-Chinese meeting in Anchorage (Alaska, USA), Chinese and American diplomats raised their voices in an argument about the observance of human rights in the world. Chinese representatives, in particular, challenged the US claims to a special role in this matter and pointed to the violation of human rights in the United States.

5. Kiev and Odessa region, from March 23, restrictions on the red quarantine zone are introduced due to the spread of COVID-19. This was announced on Facebook by the Minister of the Cabinet of Ministers Oleg Nemchinov. In addition, Zhitomir, Transcarpathian, Ivano-Frankivsk and Chernivtsi regions remain in the "red" zone.

Where is Donbass actually drifting?