Main » News and comments » 2016 » Transatlantic forum in Rome: perspectives for cooperation between Russia, the USA and Europe

Transatlantic forum in Rome: perspectives for cooperation between Russia, the USA and Europe

Transatlantic forum in Rome: perspectives for cooperation between Russia, the USA and Europe
11388
Administrator Administrator 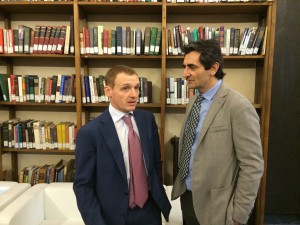 On the 11th of February in Rome was held a "Transatlantic forum on Russia", organizers of which were a Center for American studies in Rome along with scientists and major political representatives. Particularly, director of Ukrainian institute of strategies of global development and adaptation Victor Levytskyy also took part in this event. Speakers discussed key questions of the dialogue and further cooperation between Russia, the USA and Europe. 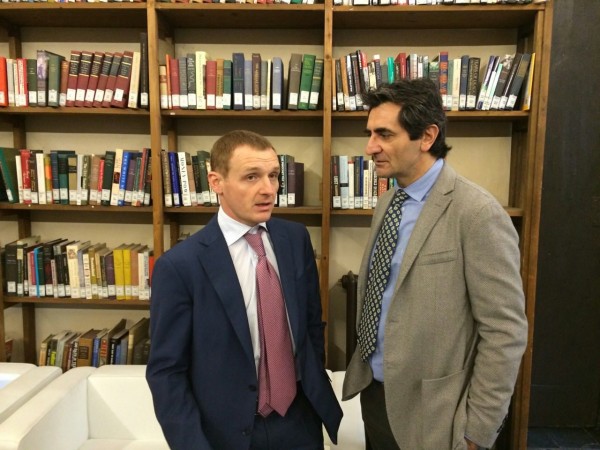 One of the main topics of forum became sanctions, which were imposed on Russia after annexation of Crimea. Daniel Fried, coordinator for Sanctions Policy at State Department, stated that these sanctions should be applied. At the same time, he emphasized that the United States should cooperate with Russia, including military questions.

Deborah Bergamini, Member of Parliament and delegate at Parliamentary Assembly of EU Council, called sides to acknowledge, that sanctions don't work, and to begin a way to order. And Europe must be a mediator between Russia and the USA. Deborah Bergamini emphasized that one of the main targets of sides union may become a fight against terrorism. 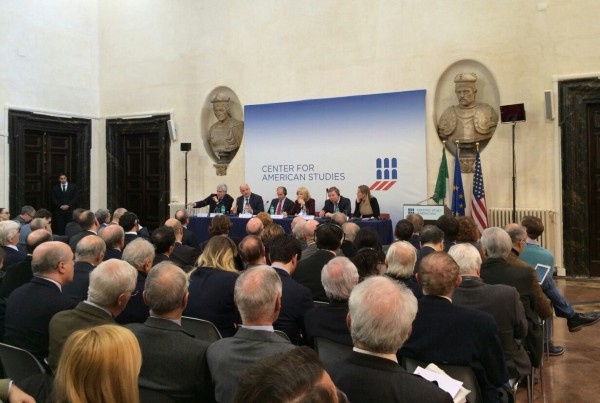 Victor Levitskyy, Director of Ukrainian institute of strategies of global development and adaptation, pointed at the fact, that external factors have strong influence on the situation in Ukraine. According to him, Russia and the USA form discourses, in which Ukraine loses its state subjectivity. That's why the scientist called to refuse to disparage Ukrainian independence:

"Russia insists on the historical dependence of Ukraine, which is considered as a part of Russia. This problem is quite old, counts many centuries and almost unnoticeable to Russians. In Russian discourse Pereyaslav Agreement (1654) is considered as a reunion of Russian people after several centuries of artificial division. History of Russia is being represented as a history of Rus’, Russian people – as an only subject of statehood, and Ukrainians – as a part of nation, who naturally returned to the bosom of their motherland and church. It’s obvious that due to this exposition of the history of Russia Ukraine is some kind of a nonsense and its existence is a historical fault or even evil. This approach had ideological roots and was directed to the minimization of centrifugal phenomena in Russian empire of XVIII-XIXth centuries and in Soviet Union. However, after Ukraine got independence stated point of view lost its ideological significance and became an obstacle on the way of a normal co-existence of two states – Ukraine and Russia.

Moreover, the stated ideologheme is historically incorrect. There’s a need to remember that a center of ancient Rus’ was exactly Kiev, and memories of that times formed the basis of Ukrainian identity. When Gogol’s characters – Zaporozhian Cossacks talk about Russian land and themselves Russians they’re talking about the same identity, which has been well preserved within the boundaries of Principality of Rus’ (as a competent part of Grand Duchy of Lithuania and later Polish-Lithuanian Commonwealth), orthodox brotherhoods, Zaporozhian Sich and Hetmanate. This historical path let Ukrainians pretend to the state subjectivity and proclaim independence of Ukraine.

Without arguing over the right of other nations for the inheritance of ancient Rus’ and acknowledging the Old-Rus’ origin of Russian and Belorussian existences, there’s a need to lay emphasis on the uniqueness of a centuries-old path, which has been passed by Ukraine and which lets it be a full-fledged subject of European policy and enter the path of development of our relations with neighbors.

It’s time to refuse ideological rhetoric, which misrepresents the history, and to pass on to the constructive discourse. And here it’s important to not only judge publications, which inflame interethnic discord – such books as “Ukraine is Russia”, which was published not so long ago, but to wonder about constructiveness of views on Ukrainian culture and people, which is given in speeches of some supporters of Russian world.

On the other hand it is dangerous to try to cross the importance of Ukraine’s belonging to spiritual and religious traditions, which started forming in the era of Kievan Rus’. One of the most important modern tendencies should be considered a revision of that model of secular civilization, which has been predicted by the Illuminators. In the world of XXI century religious senses gain weight again and even secular states can’t ignore calls of post-secular era. General origins of cultures, which originate in the same historical center – orthodoxy of ancient Kiev – of Ukraine, Belorussia and Russia can’t be considered as something absolutely inessential. Eo ipso we cross out a part of our own identity and history.

Due to that it’s necessary to focus on words, which were said by the president of the USA Barack Obama to the nation on the 7th of December 2015, which concerned Ukraine. Verbatim he said the following: “Even as their economy severely contracts, Russia is pouring resources in to prop up Ukraine and Syria – client states they saw slipping away from their orbit”. This varied quote became a subject of discussion in political circles and even demanded an explanation from official Washington. It means, that orator was sure of these things and eo ipso put it into the subconscious of his audience: Ukraine is a client state, it’s not an independent subject on the international arena. This set itself urges subject countries, including the USA, to solve Ukraine’s problems instead of Ukraine.

It seems that words of the president Obama concerning Ukraine as of Russian’s “client state” feeds the ideologheme, which was mentioned earlier, and imposes the incorrect model relations to Ukrainians and Russians.

The fact, that Ukraine is an independent subject of international politics, is a fait accompli. It’s in the interests of the USA and Russia to prevent the destabilization in Europe, which is connected with tries to reduce this independence. That’s why we need to urge parties to refuse rhetorics, which destabilize the situation.

To reduce the intense in Ukraine, to minimize the conflict and to wrest arguments in favor of separatism from concerned parties, there’s a need to consider this tangle of contradictions and problems, which have accumulated in Donbass. I mean internal and external factors. When analyzing the situation inside Ukraine, there’s a need to get first-hand information, including researches, which scientists in Donbass and Kiev have been making for years.

Correction of ideological discourses, acknowledgement of Ukraine’s political subjectivity will let to change people’s attitude inside and outside Ukraine to its main problems and will become a first step on the way of development of its economy and culture".