Main » News and comments » 2019 » Trump will welcome to the White House a leader of the European populists Viktor Orban. Two weeks before the European Parliament elections

Trump will welcome to the White House a leader of the European populists Viktor Orban. Two weeks before the European Parliament elections 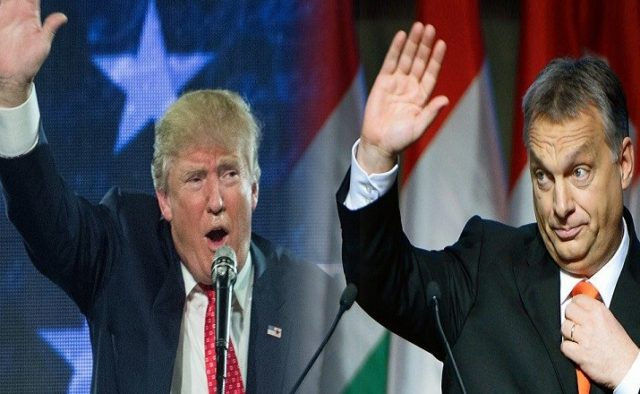 On Monday President Trump will welcome to the White House Hungarian Prime Minister Viktor Orban, who has generally been shunned and censured by Western politicians and diplomats for his illiberal practices.

Orban’s visit comes just 2 weeks before elections to the European Parliament, which will be a key test of the political strength of populists across the EU.

Orban’s Fidesz party is in the midst of a breakup with the European People’s Party, the main center-right bloc in the European Parliament. It’s possible he could now form an alliance with the hard-right grouping that includes France’s National Front (now called the National Rally), Italy’s Northern League and Germany’s Alternatives for Germany.

Orban’s invitation to the White House makes clear that the Trump administration is letting him out of the penalty box. The move appears to be part of the administration’s strategy to strengthen ties with like-minded populist governments in Europe, including those in Italy and Poland.