Trump is justified, Rada switched to the ground. Top 5 events of the week

Trump is justified, Rada switched to the ground. Top 5 events of the week
1704
Administrator Administrator 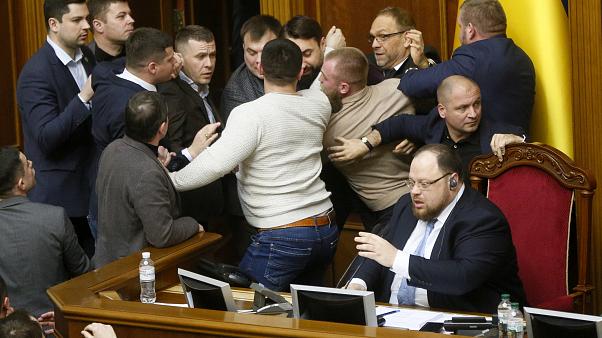 1. The Senate of the US Congress on Wednesday dismissed the charges against President Donald Trump by the House of Representatives as part of the impeachment process.

2. On the evening of February 5, Attorney General Ruslan Ryaboshapka announced the “finish line” in the “Goncharuk films” case, and law enforcement officers came to the office of “1 + 1 Media” with searches.

3. Despite the blocked rostrum, on Thursday the Rada proceeded to consideration of draft law 2178-10 “Draft Law on Amending Certain Legislative Acts of Ukraine Concerning the Turnover of Agricultural Land”.

5. A Thai army soldier who shot 26 people in Korat was killed during a special operation. He was eliminated by special forces when they went on the assault on the shopping center, where he held a group of hostages.