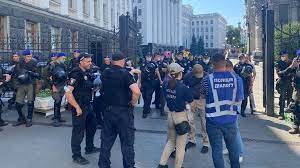 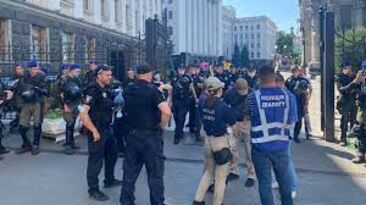 1. In Afghanistan, 15 days before the official withdrawal of American troops, the Taliban control two-thirds of the country's territory and came close to the capital of Kabul. Joe Biden authorized the deployment of 5,000 troops to ensure the safe evacuation of diplomatic personnel from Afghanistan.

2. Ukrainian athlete Yaroslava Moguchikh, who was photographed with the winner of the Tokyo Olympics, Russian woman Maria Lasitskene, wrote a post-repentance, in which she stated about the "Russian-Ukrainian war" and that "the enemy is ready for anything."

3. On Friday, August 13, an athlete and MP Zhan Beleniuk, who stood up for Y. Moguchykh, was attacked in the center of Kiev by unknown assailants who insulted on racial grounds.

4. In the center of the capital on Saturday, August 14, the National Corps held a rally of many thousands (according to some media outlets, up to 5,000 people took part in the action). There are casualties in clashes with the police.

5. Greek Prime Minister Kyriakos Mitsotakis said on Thursday that devastating wildfires, raging across the country for more than a week, are the largest environmental disaster that Greece has experienced in decades.

NI: US military dominance in the Middle East was disastrous for the region