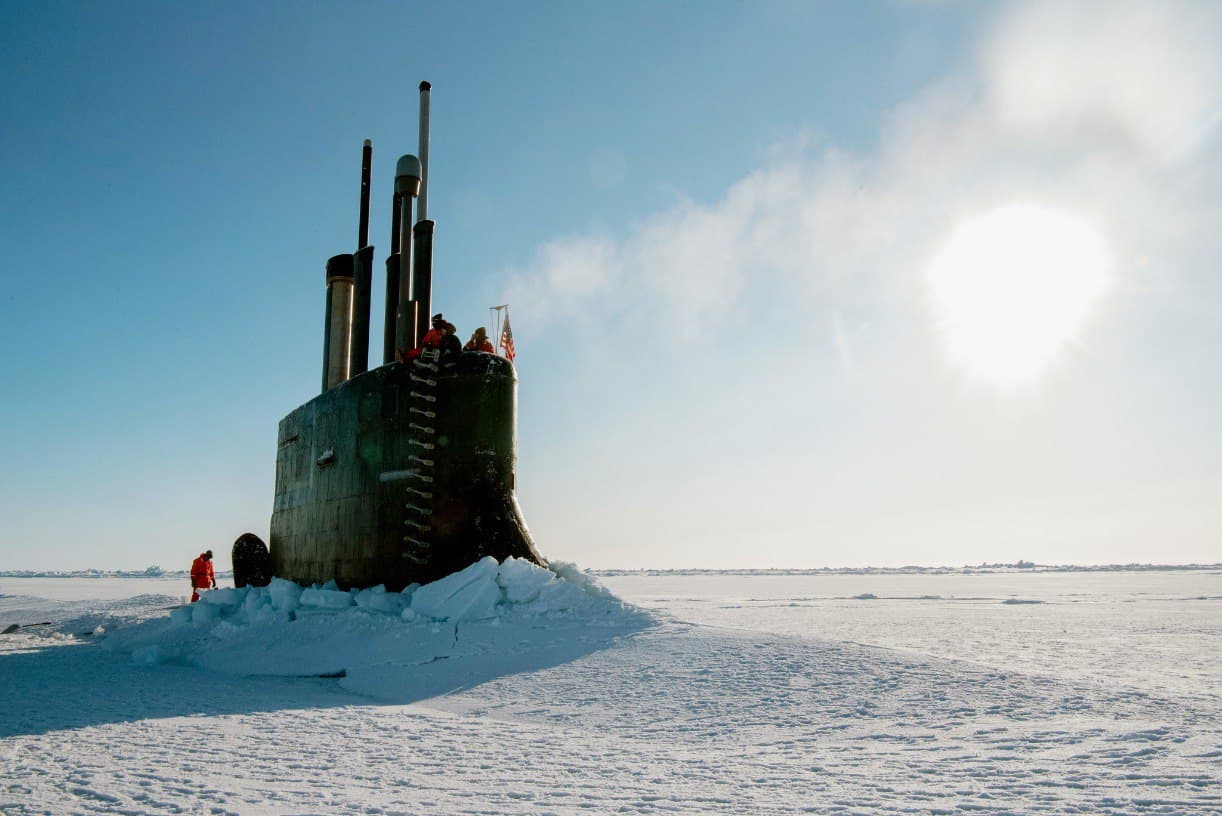 According to A. Latham

Signs of heightened rivalry in the Arctic are clear. According to reports, Russia has dramatically expanded its military presence in the region in recent years, creating “new Arctic commands, new Arctic brigades, refurbished airfields and other infrastructure, deep-water ports, new military bases along its Arctic coast, strengthening air defenses and coastal missile systems. early warning radars and many other objects along the Arctic coast. "
China also has an icebreaker in the region, opening research stations in Iceland and Norway and is reportedly considering deploying submarines in the Arctic as a deterrent to a nuclear attack.
The United States has also strengthened its military presence in the Arctic by rebuilding the 2nd Fleet for operations in the North Atlantic and Arctic, initiating freedom of navigation operations in Arctic waters, deploying B1-B bombers in Norway, and mobilizing Allies to strengthen their military forces. deployment in the region.
The growing intensity of this struggle for wealth, power and security is due to two factors. On the one hand, this is the result of expanding access to the region's vast natural resources. The accelerating melting of sea ice has opened up new sea routes through the region and increased the availability of the vast resources it contains. And these resources are really huge. Various studies show that the Arctic contains approximately 22 percent of the world's fossil fuel reserves, of which about 90 billion barrels of oil and 47 trillion cubic meters of natural gas are located under the region's disputed international waters.
Perhaps most important to the growing tensions in the Arctic, however, is great power rivalry in a space that each sees as increasingly important to its national interests. In other words, they are products of a clash of national perceptions of the Arctic and "near-Arctic" interests of the United States, Russia and China.
As economic and geopolitical stakes rise, the interplay of these competing and conflicting visions is likely to generate more friction, division, and perhaps even open hostilities. It is this last possibility - that the coldest cold war could turn hot - that Presidents Joe Biden, Vladimir Putin and Xi Jinping must keep in mind as they pursue their Arctic plans in the coming years.

Declaration of the impracticability of Minsk and Trump's acquittal: Top 5 events of the week

18.06. According to the United Nations, 48 million children, women and men are now refugees in their own countries, such as Ethiopia, Sudan, Yemen, Mozambique and Colombia. Another 20.7 million are considered UN-mandated refugees, fleeing their countries through violence and repression, such as Syria or Afghanistan to the EU.
www.dw.com
18.06. The European Environment Agency has released a report that names the cities in Poland and Italy among those in Western Europe that have the most polluted air.
ukrainian.voanews.com
18.06. Presidential elections are taking place in Iran.
www.aa.com.tr
Show all