Main » News and comments » 2020 » Abraham's Agreement and the Ban on Hasidim: Top 5 Events of the Week

Abraham's Agreement and the Ban on Hasidim: Top 5 Events of the Week

Abraham's Agreement and the Ban on Hasidim: Top 5 Events of the Week
2069
Administrator Administrator 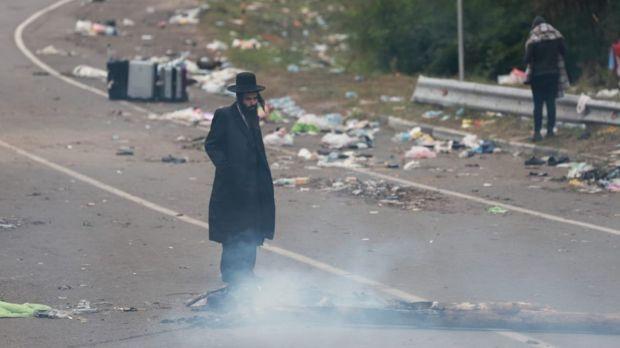 1. More than a thousand Hasidic pilgrims who spent several days on the neutral zone of the border between Ukraine and Belarus near the Novye Yarilovichi checkpoint returned to the territory of Belarus. The Ukrainian authorities did not allow them to enter the country to celebrate Rosh Hashanah at the grave of Tzadik Nakhman in Uman.

2. On the night of September 15, in the village of Chabany in the Kiev region, a depressurization of the main gas pipeline Kiev - West Ukraine occurred. According to eyewitnesses, gas from the gas pipeline burst out of the ground with tremendous force: there was a "wild noise", reminiscent of the roar of aircraft turbines.

3. On September 14 in Sochi, negotiations were held between the presidents of Belarus and Russia, Alexander Lukashenko and Vladimir Putin, which ended without final statements and signing of documents.

4. On September 15 in the United States in Washington, a solemn ceremony of signing agreements on the normalization of diplomatic relations between Israel, the United Arab Emirates and Bahrain was held, which was named the "Abraham Agreement".

5. People's Deputy Andriy Derkach unveiled a new series of recordings of conversations between ex-President Petro Poroshenko and Biden, during which politicians compared the newly elected President Trump to a dog.