Main » News and comments » 2018 » Social construction of reality: the age of World Construction

Social construction of reality: the age of World Construction 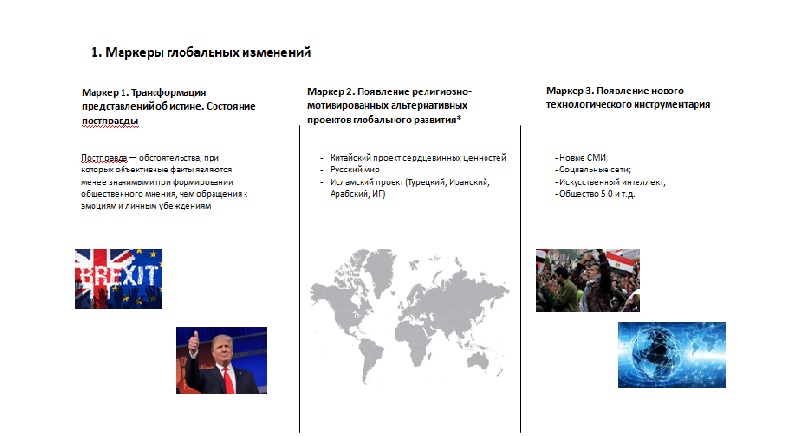 The current state of affairs makes it possible to speak consistently about the changing nature of social reality, and as a consequence, the transformation of each individual existential situation; this is evidenced by:

- the state of post-truth;
- the emergence of alternative Western religious projects of global development;
- development of technologies that extend the virtual dimension of reality.

The loss of faith in the existence of a true order of nature, the use of religion as an instrument of political progress, the emergence of unprecedented opportunities for influencing individual and collective consciousness, undermine the era of the "Age of World Picture" proclaimed by M. Heidegger and allow us to speak of a new age - the age of "the World Construction".

The structure of social reality, as a product of the vital activity of the socialized individuals, is supported by the institutions of ontological responsibility - institutions legitimized by the completeness of symbolic (political, economic) power, preserving the "canon of reality" - intersubjective patterns of social action.

Unlike the traditional institutions of ontological responsibility and like the institutions of medicine and priests in antiquity, later - the church hierarchy or academies of sciences, today this role is increasingly being performed by think tanks that concentrate almost unlimited resources in their hands and strive for a purposeful correction of ontology.

You can find the article here.