Main » News and comments » 2020 » Diego Maradona's death and protests in Europe: Top 5 events of the week

Diego Maradona's death and protests in Europe: Top 5 events of the week 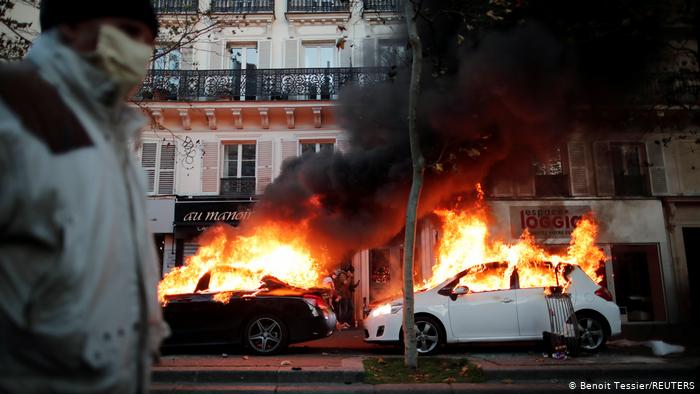 1. Farewell to the legendary footballer escalated into riots: in the Argentine capital Buenos Aires, on Thursday, November 26, police used tear gas and traumatic weapons with rubber bullets during riots at the farewell ceremony for world football star Diego Armando Maradona, who died the day before.

2. A senior Iranian scientist, M. Fahrizadeh, who ran a research and innovation organization under the military, was killed near Tehran on Friday. At this time he was in his car. The Defense Ministry said in a statement that he was "badly wounded" during the attack and was not saved by a medical team. Iranian authorities accused Israel of the terrorist attack.

3. At least tens of thousands of people (the organizers say about half a million) took to the streets of Paris in protest against the adoption of the law "On global security". This was announced on Saturday, November 28, by AFP, citing data from the country's Interior Ministry.

4. The current US President Donald Trump announced that he would leave the White House if the Electoral College votes for the Democratic candidate Joe Biden, but refused to acknowledge the victory of his opponent.

5. Nobel Peace Prize Laureate Prime Minister of Ethiopia Abiy Ahmed said that the Ethiopian army entered the administrative center of the rebellious region of Tigray - the city of Mekele. The establishment of power over the regional capital marks the end of the Ethiopian National Defense Forces' operation against the rebels, during which heavy weapons and aircraft were used.