Main » News and comments » Sanctions against Medvedchuk, death in Texas: Top 5 events of the week

Sanctions against Medvedchuk, death in Texas: Top 5 events of the week

Sanctions against Medvedchuk, death in Texas: Top 5 events of the week
756
Administrator Administrator 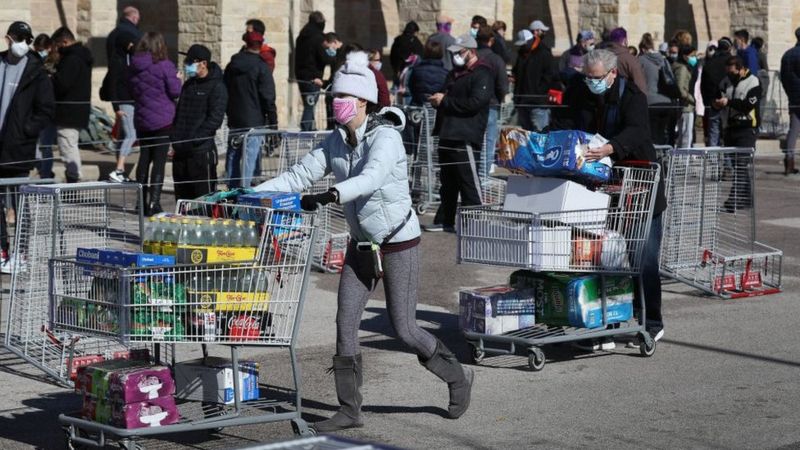 1. President of Ukraine Volodymyr Zelenskyy imposed sanctions against a number of persons, including citizens of Ukraine, a deputy of the Verkhovna Rada, one of the leaders of the Opposition Platform - For Life party, Viktor Medvedchuk and his wife Oksana Marchenko.

2. On Friday, February 19, the Munich Security Conference was held in video format. The main theme was the restoration of transatlantic cooperation, which has cracked during the four years of Donald Trump's rule in the United States. Russia and China have been called authoritarian states that rival the West.

3. US President Joe Biden declared a natural disaster in Texas, where sudden frosts caused massive power and water interruptions, and stores are running out of essential goods. According to various estimates, about 60 people died due to frost in the southern states.

4. Due to the outbreak of coronavirus in Ivano-Frankivsk region, a special regime has been introduced there: 16 quarantine posts have been established (5 of them are round-the-clock), and a mobile hospital with 120 beds has been deployed in the regional center.

5. On February 17, the Verkhovna Rada, by its resolution, recognized the Revolution of Dignity as a key moment in building the Ukrainian state, the actions of the "Berkut" illegal and called on those whom the deputies consider guilty to be punished as soon as possible.

7 years of silence. Why did Ukrainians never hear the truth about Maidan

08.03. Exports from China grew at a record pace at the beginning of this year. In January-February 2021, Chinese exports suddenly increased by 60.6 percent compared to the same period last year.
www.dw.com
08.03. The pandemic has proven to be a major challenge for gender equality across Europe, where domestic violence and existing inequalities have exacerbated, a report has found.
euobserver.com
08.03. Humans have degraded or destroyed roughly two-thirds of the world’s original tropical rainforest cover, new data reveals – raising alarm that a key natural buffer against climate change is quickly vanishing, according to an analysis by the non-profit Rainforest Foundation Norway.
www.reuters.com
Show all