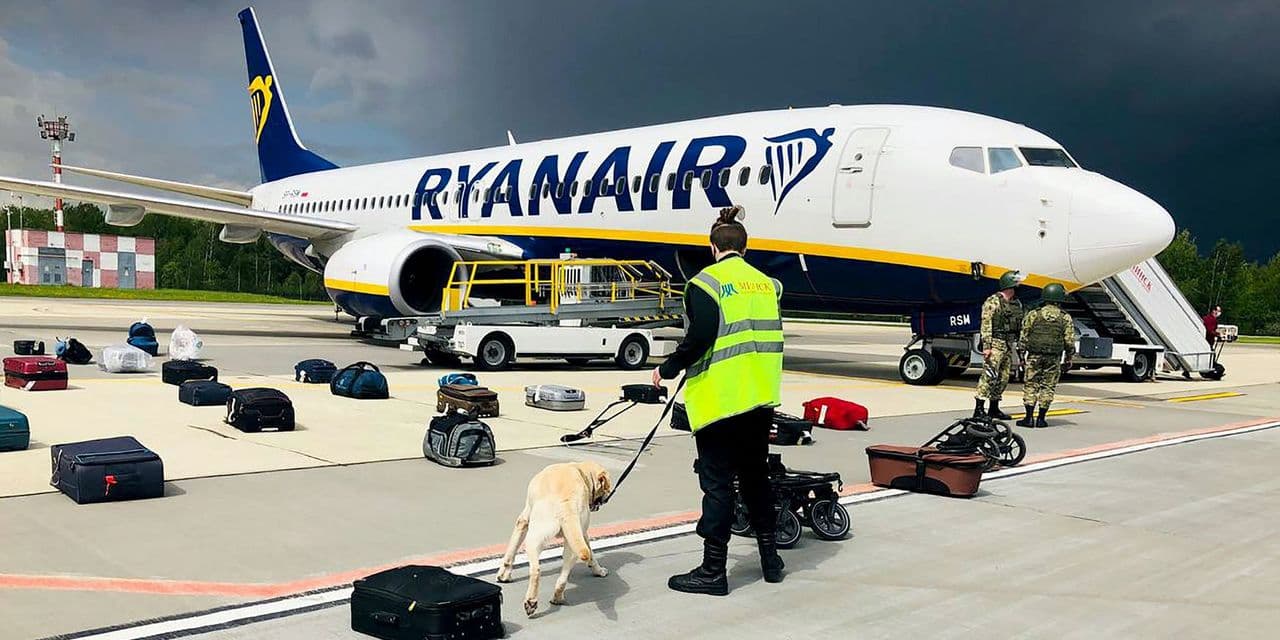 On Sunday, May 23, a Ryanair airliner flying from Athens to Vilnius made an emergency landing in Minsk, the capital of Belarus. After landing, one of the passengers on the plane, Belarusian opposition leader Roman Protasevich, was detained by the authorities. Protasevich is known as one of the coordinators of the Telegram channel “Nexta”, with the help of which anti-presidential protests were organized in Belarus.
A Ryanair spokesman said the plane's crew had been notified by the Belarusian air traffic control service of a potential security threat on board and instructed to leave for the nearest airport, which was Minsk. The statement posted on the official Telegram page of President of Belarus A. Lukashenko says that the Belarusian authorities received information that explosives may have been planted on board a passenger plane over the country's airspace. To escort the liner to the airport in Minsk, a MiG-29 fighter was lifted into the air.
The Belarusian authorities did not provide details of the source of the information. Neither Lukashenka's office, nor the Investigative Committee of Belarus, nor the rescue service responded to requests for clarification about the incident.
The EU and the US condemned the arrest of Roman Protasevich. In particular, the President of the European Commission Ursula von der Leyen, President of Lithuania Gitanas Nauseda, President of the Council of Europe Charles Michel and US Secretary of State Anthony Blinken made harsh statements.

Deoligarchization: who will win in the end