Main » Events » Events » The results of the round table "Intellectuals and social consensus: challenges of Ukrainian present (30.04.2015, Lviv)
6770

The results of the round table "Intellectuals and social consensus: challenges of Ukrainian present (30.04.2015, Lviv)

The Institute of Religion and Society of the Ukrainian Catholic University in cooperation with the Ukrainian Institute of strategies of global development and adaptation held the round table "Intellectuals and social consensus: challenges of Ukrainian present" in Lviv.

Event became a platform where political scientists, historians, philosophers and religious scholars were looking for ways out of a deep social crisis in Ukraine.

According to the vice-rector of UCU Myroslav Marynovych conflict in Donbass is implicitly caused by the fact that Ukrainians do not know how to properly build a dialogue and how to communicate peacefully. He gave an example which occurred to him in Donetsk last spring. He was reproached that Kiev didn’t not hear Donetsk. To what Miroslav Marinovic said that over the years of independence Kiev has heard none of the regions of Ukraine: "This is the key to what Ukraine is experiencing now, because that Kiev, which was under Yanukovych, in principle, did not understand the regions, it had completely different tasks." According to Miroslav Marynovych, Maidan appeared in order to change "that one" (oligarchic, corrupt) Kiev, but many did not understand this.

Vice-rector told that he wanted the idea of Medichchi to be implemented in Ukraine, when at the intersection of sub-identities (assuming that all sub-identities – are the same), a creative splash may erupt. According to Miroslav Marynovych, Ukraine is a natural intersection of different sub-identities, therefore everything must be done in order for them to freely develop and to add a new quality to modern Ukraine.

Alexander Belokobylsky - Vice-President of the Ukrainian Institute of strategies of global development and adaptation noted that the idea of round tables with the participation of intellectuals appeared long before the war, back in 2013. According to him, the main task of intellectuals is to seek ways out of the situation, in which Ukraine has found itself, "... to wear a track, on which thoughts of other people will be able to walk". He believes that there are three discourses in today's Ukrainian information space: Ukrainian, Russian and Western European, but none of them reflects the whole amount of information about the war in Donbass.

If the Russian discourse is clear, then, according to Alexander Belokobylsky, Europeans do not understand many things. Such, for example, why it is not possible to settle the conflict in Donbass in a civilized way (peacefully), why Ukrainians wouldn’t hold elections and wouldn’t allow the citizens of occupied territories to choose their way on their own.

"The most complicated discourse – is Ukrainian, which, unfortunately, is also propagandistic. We talk too little about the blockade of occupied territories, we are not talking at all about private armies, which often behave outrageously. Our discourse is silent about the fact that any race for power that we have – it is still confrontation of oligarchic groups, that there is no free media, - says Alexander Belokobylsky. - But still, when one falls out of Ukrainian discourse, ceases to understand it, then one loses his Ukrainian identity".

Vice-president of the Ukrainian Institute of strategies of global development and adaptation suggested that intellectuals at such roundtables, which, according to him, will be held in many cities of Ukraine, discussed all possible outcomes of the war in Donbass and ways to achieve an optimum result - reintegration of Donbass with Ukraine.

"I am opposed to the idea of building the Great east wall, which can separate Ukraine from the occupied territories, - says Alexander Belokobylsky - one needs to think about how to re-integrate people and to accustom them to peaceful coexistence".

Religious scholar noted that religion, which is being ignored by many researchers, plays an important role in the conflict in Donbass: "The war came to the east under the flag of Russian world, so it is also necessary to verbalize models of how to reconcile different religions".

Taras Voznyak, chief editor of magazine "Ї", philosopher, political scientist, noted that Ukrainians continue to live in the conceptual and categorical framework of Putin and are consciously or unconsciously repeating: Novorossiya, Donbass, war, peace. In addition, according to Taras Voznyak, this also applies to global notions, such as Ukraine - geographically and mentally. "Putin is counting on our tiredness, on the fact that long conflict will deplete us and that we will get used to the fact that Crimea has already been chopped off, that other territories also cannot be returned", - says the politologist. According to him, Putin – is a despot, but he thinks with a prospect of 3-5 years, and our politicians – with the prospect until the nearest election, therefore they have not been able to face the truth.
Another question, to which Taras Voznyak draws attention, is what is peace – is it "Minsk-1" or "Minsk-2"? And what is war? And what is victory? Under Stalin – victory was to take Berlin. And what does victory mean for us. Why our government has not spelled out what we want to achieve? "Politicians are afraid to streamline the conceptual and categorical framework of people, without which we cannot go anywhere, we are marking time", - said political analyst.

"The task of intellectuals in the current situation – is to crystallize the vision, to clear categorical lenses, because it turns out that we are persuading ourselves, we do not believe in what is happening to us, we do not want to admit that there is a war. And, thus, we are in the system of distorting mirrors of Putin, "- said Taras Voznyak .

Stanislav Fedorchuk, graduate student of the Institute of Ethnology of the National Academy of Sciences of Ukraine, political scientist, social activist, blogger, said that the key problem of Ukrainian reality is an antihumane propaganda: "We are talking about the destroyed cities, about the movement of the front line, but very talk few about people".

Politologist noted that Ukrainian information policy becomes similar to Russian, we also believe that people are passive object, and not the subject of politics. Accordingly, our task is to talk about the fact that those people who remained in the occupied territories are full-fledged citizens of Ukraine, to whom Convention on "Human Rights" applies? And if so, why they are not subject to Ukrainian laws?

Another aspect, to which drew attention Stanislav Fedorchuk, is what we are talking about - about territories or about people. Does Ukraine have a plan to integrate people to normal life? According to the historian, all issues of integration are limited to the minimum financial compensation: to give or not to give 400 Hryvnia. The Ukrainian State does not have global plans.

Roundtable participants agreed that they will make an open document to which intellectuals will be able to put those problems that require immediate public discussion and decision. 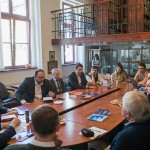 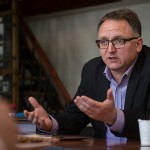 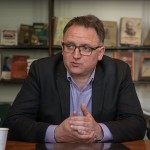 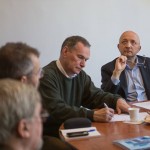 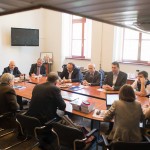 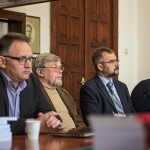 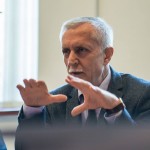 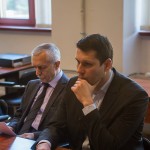 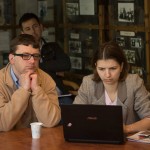 20.06. In Ukraine, according to the UN Annual Report on Global Trends in Forced Displacement in the World, there are 700,000 internally displaced persons (IDPs) and about 5,000 refugees and asylum seekers. According to the Government of Ukraine, since the beginning of the conflict in the east of the country and the occupation of Crimea in 2014, there are about 1.5 million IDPs in Ukraine.
ukrainian.voanews.com
20.06. The Taliban movement announced that it is ready for a peaceful solution to the Afghan conflict based on building a system based on the principles of Islam.
interfax.com.ua
20.06. The National Security and Defense Council approved the strategy for the development of Ukraine's defense industry. The strategy envisages the establishment of a defense technology agency.
www.epravda.com.ua
Show all