Main » News and comments » 2017 » Resolution of the round table on the topic “Religious safety in Ukraine and Europe, general issues of today and possible threats of the nearest future”

Resolution of the round table on the topic “Religious safety in Ukraine and Europe, general issues of today and possible threats of the nearest future”

Resolution of the round table on the topic “Religious safety in Ukraine and Europe, general issues of today and possible threats of the nearest future”
9487
Administrator Administrator 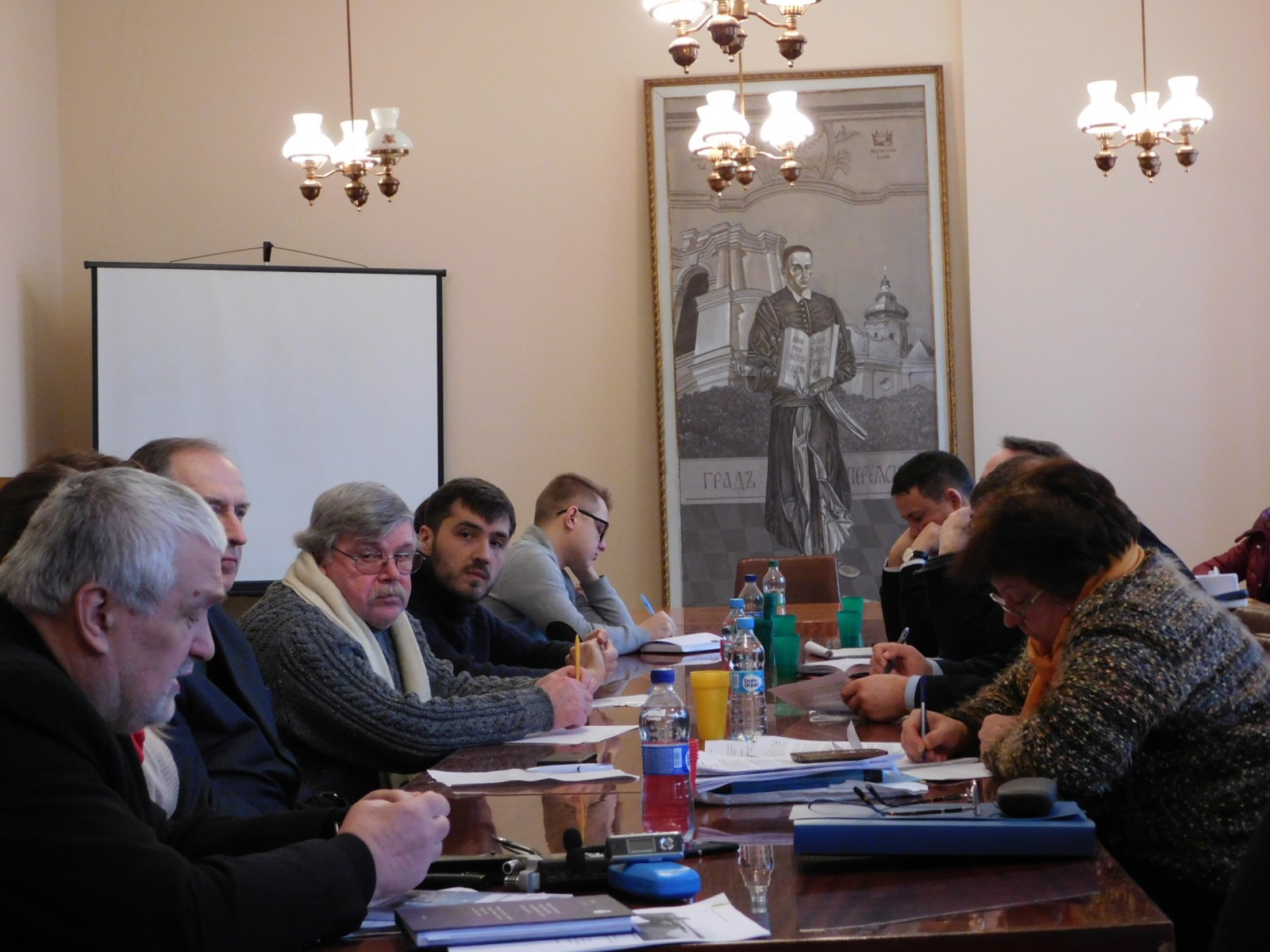 Resolution of the round table on the topic “Religious safety in Ukraine and Europe,
general issues of today and possible threats of the nearest future” on 20/01/2017

Today civilization world has faced different and quite surprising worsening of religious topics in many areas of a public life. On a global scale there’s been an activization of the development of different worldview paradigms such as Islamic projects or a “Russian world” project, which are now trying to compete with classical Western values. Flows of immigrants that poured into Europe, a failure of the multiculturalism, a formation of exclusive religious enclaves in a secular society, a growth of the number of threats of religious terrorism and many other calls of the world order of future, in which we live. Ukraine has faced many of the stated threats, but we can name other ones, which are connected with peculiarities of our national being – retraction of religious organizations into the political struggle and the use of religious argumentation to inflame intolerance; the use of the states of frustration in a society as a basis for development of aggressive religious movements etc.

Because of existential threats in religious area a round table on the topic “Religious safety in Ukraine and Europe, general issues of today and possible threats of the nearest future” was organized. Organizers of this event were Department of Religion Studies within H. S. Skovoroda Institute of Philosophy, Ukrainian Institute of strategies of global development and adaptation, Taras Shevchenko National University of Kyiv and many other educational, scientific, administrative and social organizations joined the round table.

Participants of the round table emphasize the necessity of religious questions for a normal existence and consolidation of Ukrainian society and to ensure unity and concentration of different resources (human, intellectual, administrative), they condemn any signs of scorn and intolerant attitude to representatives of all religious groups and confessions, the activity of which doesn’t refute the law and which appeal to the authorities, organizations and institutes of Ukrainian society with a suggestion to take into account during their activity significant changes, which happened in religious area. These changes might be: 1) the formation of new religiosity and forms of religious self-expression, which are connected with a development of social networks and new ways of mobile communication; 2) activity of global projects, which use their supporters, religious rhetoric and symbols for mobilization; 3) Danger of the use of religious rhetoric and symbols for political use, especially in a modern Ukrainian society, which is weakened by war and economic crisis.

For a more consistent and effective way of solving such problems, which come up in the area of religious security, participants of the round table are suggesting next solutions:

• To offer Verkhovna Rada of Ukraine to include blocks, which are dedicated to the problems of religious area, to the Strategy of a national security and a new conception of the human development in Ukraine until 2020. To prepare and conduct public hearings concerning religious security in Ukraine, basing on the specialized committee of VR and with a participation of representatives of the initial group, authorized by the participants of the round table.

• To apply to Ministry of Education and Science of Ukraine for conversion of the course “Religious studies” in higher education establishments to the list of compulsory humanities. To attract authorized during the round table people discuss the operating standards of bachelor, master, and doctor of philosophy degrees. Basing on the approved competencies to contribute to the development of curricula and work programs. To consider a question concerning creating a supporting (fundamental) Department of Religious Studies at Taras Shevchenko National University of Kyiv for educational and methodological support of teaching the course “Religious Studies” in the higher educational establishments of Ukraine. Due to this issue there’s a need to strengthen the quality of the department, to create personnel reserve from young scientists-religious studies scholars and to recommend the department to attract external experts for the development of stated materials.

• To convince the Ministry of Foreign Affairs of Ukraine to use resources of religious organizations and religious studies scholars more actively to develop a positive image of Ukraine on the international arena, to popularize the Ukrainian experience as an experience of a country that was never involved in a conflict on religious basis.

• To suggest a Department for Nationalities and Religions initiating a discussion for the questions of religious security and peace with a participation of representatives of religious, academic institutions and authorities.

• To suggest The Security Service of Ukraine creating an expert council on Security in human sphere, include experts on religious questions into it and to secure its regular work. To assign a person, who will be responsible for the constant communication with a working group, and to give him certain rights and responsibilities. To provide annual trainings for employees, who are responsible for the security in religious area, so that they could master mediation skills and also social and psychological work.

• To insist during the communication with mass media on the necessity of being objective and taking into account positions of all sides when it comes to the report in a religious area, to differentiate positions of religious organizations and their certain representatives, to cooperate with religious studies institutions during the preparation of the content and within the framework of training programs for journalists, who are working on religious topic.

• To invite participants of the round table and other interested representatives of the academic community for the development of further events, an active collaboration with public authorities, security forces and mass media, wirh a further creation of information and advisory center for questions religious security.

• To apply to international organizations (OSCE, UN) for monitoring effective assistance in providing inter-religious dialogues, for creation in Ukraine an international platform for conflict-free solutions of interfaith issues.

• To promote a dialogue with a participation of religious oganizations and representatives civil society with a view to establishing an interfaith peace and legal relations between secular and religious communities inside Ukrainian society, and also with a view to assessing boundaries of the public discussion of the situation in religious area.

You can see photos of the event here