Main » News and comments » 2019 » It is predicted that the world's population will almost stop by the end of the century.

World's population will almost stop by the end of the century.

World's population will almost stop by the end of the century.
1991
Administrator Administrator 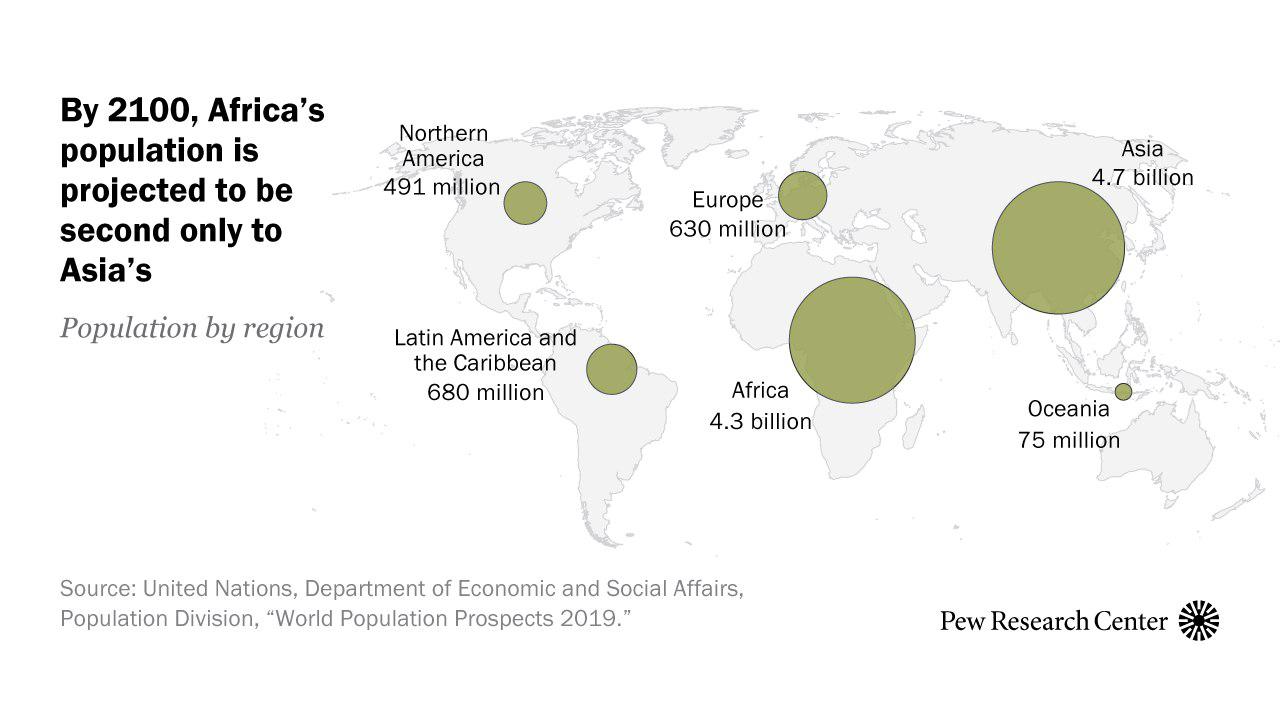 It is expected that, for the first time in modern history, the world’s population will almost stop growing by the end of this century, largely due to a drop in world fertility rates, according to a United Nations analysis of the Pew Research Center. It is projected that by 2100 the world population will reach approximately 10.9 billion people, and the annual increase will be less than 0.1% - a sharp decline compared with the current rate. Between 1950 and today, the world's population increased by 1-2% every year, and the number of people increased from 2.5 billion to more than 7.7 billion people. The average age will increase to 42 years, compared to the current 31 and 24 in 1950. It is expected that by the year 2100 almost 900 million people with age over 80 years old will be living on Earth.