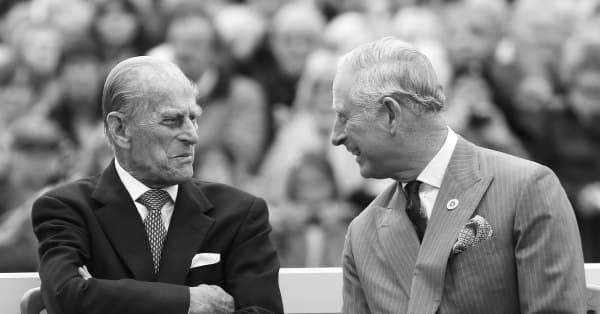 Prince Philip, Duke of Edinburgh died peacefully at Windsor Castle on the morning of April 9, 2021.
It was willpower that allowed him to successfully fulfill the duties of a prince-consort and provide significant assistance to his wife in her royal role. The Queen's consort in Britain has no constitutional role, but for decades no one has been closer to the institution of the monarchy and no more importance to the British monarch than Philip.
Prince Philip was born on June 10, 1921 on the Greek island of Corfu, but his birth certificate says a different date - May 28, 1921, since Greece had not yet switched to the Gregorian calendar.
His father was Andrew, Prince of Greece and Denmark, son of King George I of Greece. Prince Philip's grandmother was the wife of George I, Grand Duchess Olga Konstantinovna Romanova, granddaughter of Emperor Nicholas I.
Philip's mother, Princess Alice of Battenberg, was the daughter of Prince Ludwig of Battenberg, who later received the title of Lord Mountbatten. Princess Alice was the great-granddaughter of Queen Victoria.
After marrying the future Queen Elizabeth II, Prince Philip remained her main support for almost 74 years.
In August 2017, after years of serving the Queen, Prince Philip retired.
Since 1952, he has attended 22,219 events on his own, not to mention those where he accompanied the Queen, Buckingham Palace's office has calculated.
The then Prime Minister Theresa May thanked him for his "outstanding service to the public life of the country."
In the same year, Prince Philip and Queen Elizabeth II celebrated their 70th wedding anniversary.
During the pandemic, Prince Philip and the Queen moved to Windsor Castle so as not to expose themselves and others to the danger of infection, and in January 2021, both were vaccinated against coronavirus.