Main » News and comments » 2020 » Pushing V. Zelensky to attack the COP, the West will only alienate Ukraine

Pushing V. Zelensky to attack the COP, the West will only alienate Ukraine

Pushing V. Zelensky to attack the COP, the West will only alienate Ukraine
737
Administrator Administrator 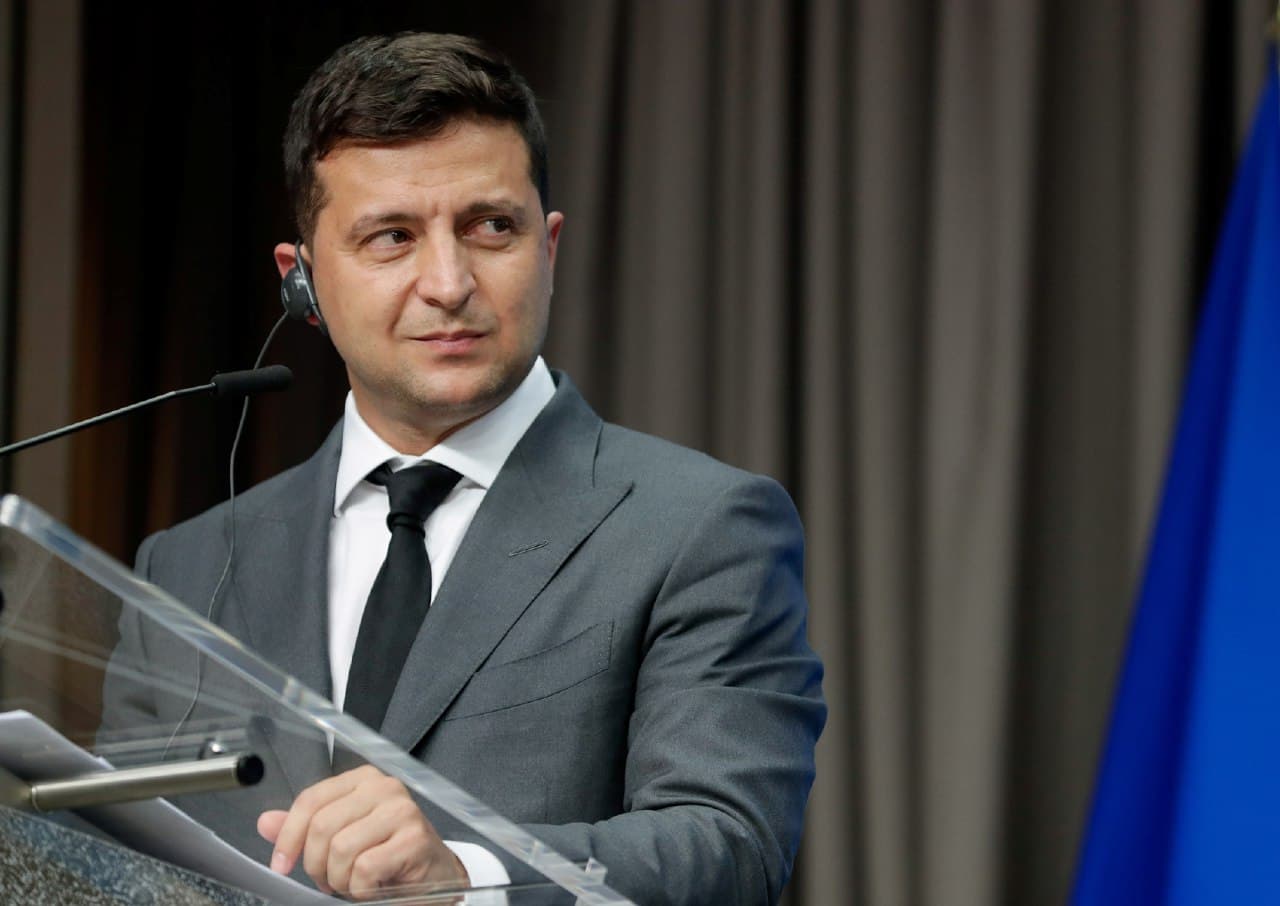 According to N. Petro

After a year since his election, approval of Ukrainian President Volodymyr Zelenskiy has fallen from 73 percent to a new low in the last local elections. Although there are still several re-elections to be held, it is already clear that the president's Servant of the People party has suffered a major defeat, failing to win a single race of mayors or even gain a majority in regional parliament or city council.
Such a sharp drop in ratings can be partly explained by professional incompetence and failure to fulfill their campaign promises, but this is even more due to Zelensky's betrayal of his main electorate, which is located in the predominantly Russian-speaking East and South. Since Petro Poroshenko adhered to an arch-nationalist agenda, proclaiming “Either Poroshenko or Putin,” Zelenskiy’s appeal was largely due to the fact that he ran as an anti-Poroshenko. The Ukrainians are tired of the previous president's attempts to divide the nation in accordance with his election slogan - "Army, Language, Faith" - and inflicted a crushing defeat on Poroshenko in all regions of Ukraine, except Lviv.
Now Zelenskiy seems to think he has found a way to return to the spotlight by declaring Ukraine's entire Constitutional Court a threat to national security. “In a matter of hours,” said the president of his faction in parliament, “the judges of the Constitutional Court brought the country to the brink of disaster. This will either drag it into bloody chaos, or the state as a system of transparent rules and agreements will cease to exist. "
What is so terrible that the Constitutional Court, the country's highest authority in constitutional matters, has done? Abolished eighteen articles of the Law on the Prevention of Corruption. Thus, it severely limited the competence of the National Anti-Corruption Bureau of Ukraine (NABU), which was created with great fanfare in 2015. This is important because NABU is the central element of the entire anti-corruption architecture, designed and aggressively implemented by the West.
Despite the fact that over seven billion hryvnias (more than a quarter of a billion dollars) have been spent on the anti-corruption program over the past five years, not a single high-ranking official has been brought to justice. This led a number of Ukrainian analysts to speculate that the real purpose of these institutions may be to blackmail officials by putting pressure on those involved in corruption investigations.
Some Western governments seem to believe that it is in their best interest to maintain tight control over the direction of Ukraine's reforms so that they can ensure that the country never gets too close to Russia again. But this sense of purpose carries with it the inherent danger that the government is serving foreign interests more than Ukraine's.
The current Western policy in Ukraine has a lot to think about. They range from the uncritical flattery that is heaped upon select favorites - like Joe Biden, who calls Poroshenko “the founding father of modern Ukraine,” to a tacit willingness to condone the destruction of the rule of law if done in the name of European integration.
In Ukraine, appalling ratings of trust in government institutions suggest that this is not the case. The destruction of the Constitutional Court, which, contrary to what Zelenskiy implied in his article in The Financial Times, actually had a higher trust rating than any of the new anti-corruption agencies, can only increase the mistrust that Ukrainians have in their government and in the West. ... Reforms can be considered beneficial only if they comply with the fundamental principle of democracy - respect for the will of the people.
Let's not pretend that this has anything to do with democracy. Once the entire legal system is involved in supporting "reforms," ​​Zelenskiy or one of his successors can easily suppress political opposition and annoying media criticism. The relevant laws are already in force. All that is needed now is to tie them to national security, declaring, as the head of the National Security and Defense Council recently did, that "there is an aggressor behind this." To this Marina Stavnichuk, a protege of former President Viktor Yushchenko at the Constitutional Court, asked if there would be anything left to fight for after the dissolution of the court and the delegitimization of the state?
Thus, it is ultimately in the interest of both the West and Ukraine to allow Ukrainian politics to evolve by relying on their own institutional systems of checks and balances, rather than those imposed and controlled by the West.

Elections 2020: Has the Federalization of Ukraine Begun?