“Goncharuk's Films,”, Putin may remain in power after 2024. Top 5 events of the week

“Goncharuk's Films,”, Putin may remain in power after 2024. Top 5 events of the week
2078
Administrator Administrator 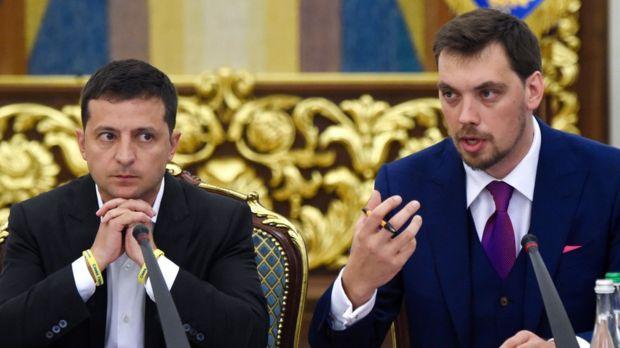 1. On Wednesday, audio recordings appeared on the Internet, called "Goncharuk's films," discrediting the president and prime minister of Ukraine. As a result of the scandal, A. Goncharuk wrote a letter of resignation, which was not accepted by V. Zelensky.

2. The US Congress voted to transfer articles of impeachment of the president to the Senate. This gives a start to the process, the result of which it will decide whether Donald Trump will retain his post. A group of “accusers” will be led by Adam Schiff, head of the Congressional intelligence committee.

3. President of Ukraine Volodymyr Zelensky decided to withdraw the draft law he submitted earlier on “On Amending the Constitution of Ukraine (regarding decentralization of power)” and send it for revision. This happened after the project has been criticized at the embassies of Germany, Sweden and Canada.

4. Today in Berlin  a summit on the situation in Libya will be hosted. In addition to representatives of the warring parties, Faiz Saraj and Khalifa Haftar, V. Putin, T. Erdogan, A. Merkel, E. Macron, B. Johnson and others will take part in it. On the eve of the meeting, Turkey introduced a limited military contingent in Tripoli, and Saraj turned to the world community with a request to send international troops to support his government.

5. President of Russia V. Putin in a message to the Federal Assembly proposed a radical change in the Constitution of the Russian Federation. Most political scientists consider this initiative as one of the options for a “transit of power” in 2024, when Putin will no longer be able to take the presidency.