Parade in Kiev, explosions in Kabul: Top-5 events of the week

Parade in Kiev, explosions in Kabul: Top-5 events of the week
1036
Administrator Administrator 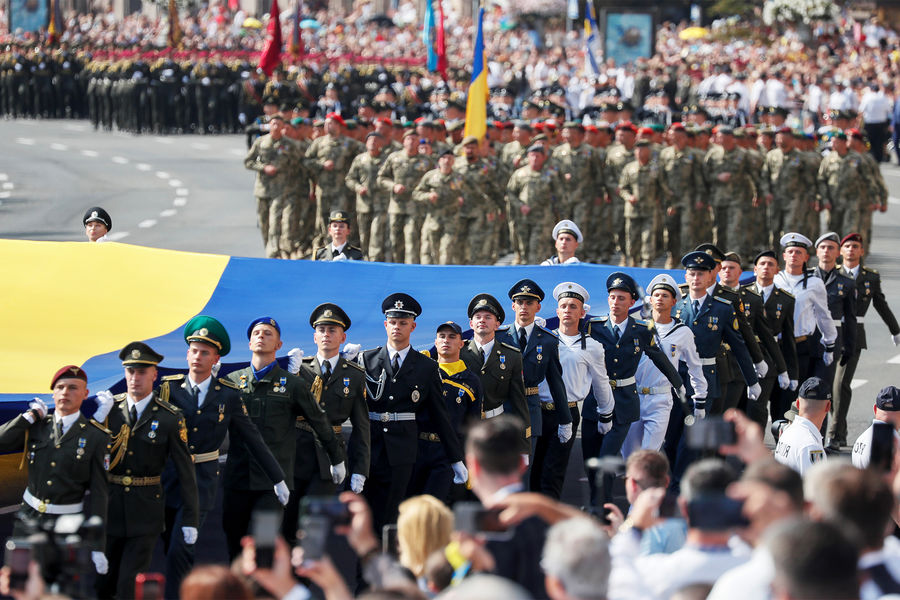 1. In the center of Kiev, on Khreshchatyk and Maidan Nezalezhnosti, a military parade was held, timed to coincide with the 30th anniversary of Ukraine's independence. Solemn events with the participation of the ships of Ukraine and NATO were also held in Odessa.

2. On Tuesday, August 24, Deputy Foreign Minister Yevhen Yenin said that armed men had taken away the evacuation plane from the Ukrainians. Later, Foreign Minister Dmitry Kuleba denied this information. According to media reports, the plane was leased to transport wealthy Afghans out of the country.

3. Two explosions near Kabul airport on Thursday, August 26, killed about 200 people, including 13 US troops. The Islamic State claimed responsibility for the bombings.

4. The Paralympic Games 2020 began in Tokyo on August 24. To date, Ukrainian athletes have already won 36 medals, 10 of which are gold.

5. On August 23, Kyiv hosted the founding forum of the Crimean Platform initiative, which was attended by representatives of 46 countries and international organizations. The activities of the forum should ensure the permanent presence of the Crimean topic on the international agenda.

30 years of independence: is everything fine?