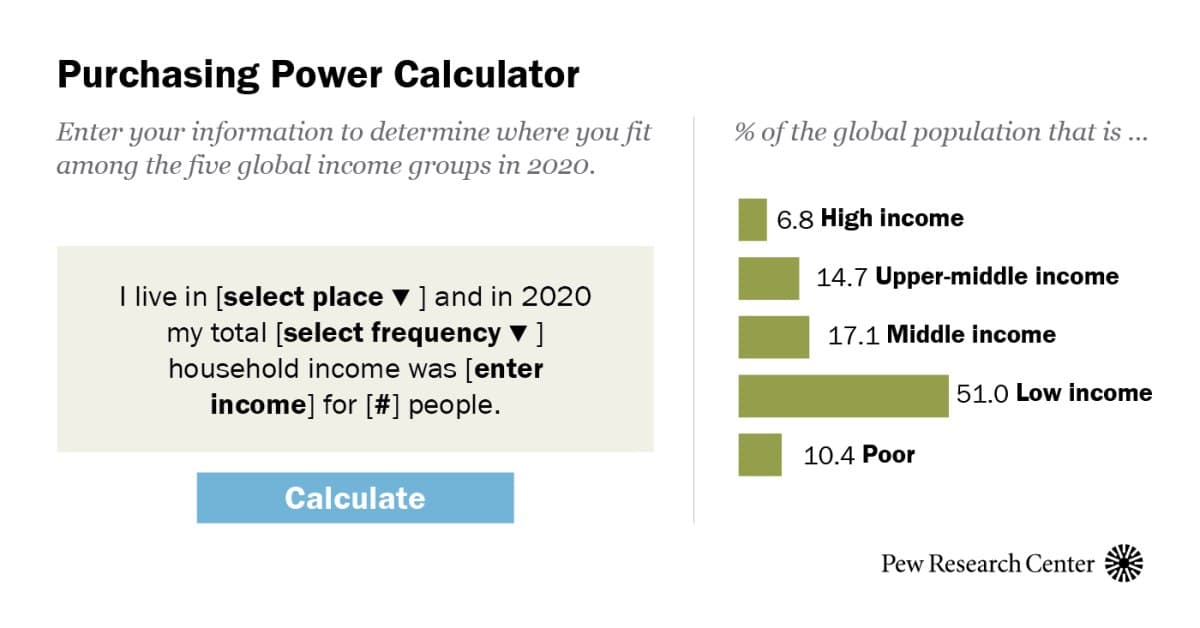 The COVID-19 pandemic is having a serious impact on living standards around the world. A recent analysis by the Pew Research Center found that in 2020, the global middle class numbered 54 million fewer than predicted before the outbreak of the pandemic. Meanwhile, the number of poor people was estimated to have increased by 131 million due to the economic downturn.
The decline in the global middle class has been concentrated in South Asia and East Asia and the Pacific, and has stalled growth seen in the years leading up to the pandemic. South Asia, especially India and sub-Saharan Africa, account for much of the rise in poverty, offsetting years of progress on this front.
Middle-income people live on $ 10.01–20 a day, which equates to an annual income of $ 14,600 to $ 29,200 for a family of four. This is modest by the standards of advanced economies. In fact, it sits below the official poverty line in the United States - about $ 23,000 for a family of four in 2020 (at 2011 prices). By world standards, the poor live on $ 2 or less a day, or no more than $ 2,920 a year for a family of four.
The number of high-income people (over $ 50 a day) globally is estimated to have decreased by 62 million in 2020, wiping out about half of the increase since 2011, with much of the change being driven by advanced economies. Meanwhile, the upper-middle-income population ($ 20.01-50 per day) declined by 36 million, while the low-income population ($ 2.01-10 per day) increased by an estimated 21 million.
As a percentage, by 2020, 17% of the world's population could be considered middle income. Most of the people were either low-income (51%) or poor (10%), while almost 15% were upper-middle-income and 7% were high-incomes.